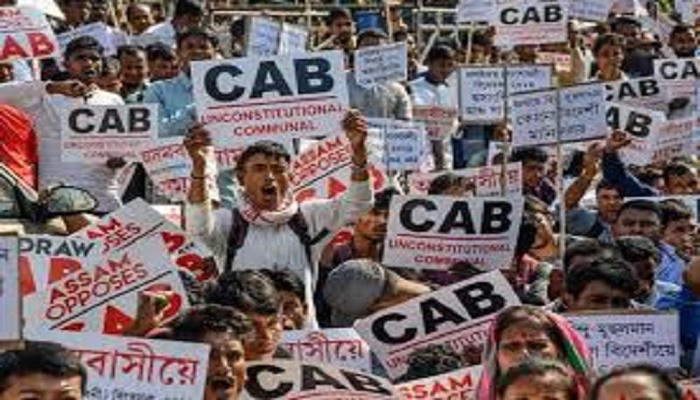 The Citizenship Amendment Bill (CAB) in India became law after receiving the President’s assent on Thursday, following a bruising debate in Parliament, reports The Indian Express.
At least three Opposition ruled states — Kerala, Punjab and West Bengal have said they will not implement the new citizenship law, and legal challenges have been made in the Supreme Court.Citizenship by birth: In 1955, the law provided that anyone born in India on or after January 1, 1950 would be deemed a citizen by birth. This was later amended to limit citizenship by birth to those born between January 1, 1950 and January 1, 1987.

It was amended again by the Citizenship Amendment Act, 2003; those born after December 3, 2004 will be deemed a citizen of India by birth if one parent is an Indian and the other is not an illegal immigrant. So, if one parent is an illegal immigrant, the child born after 2004 will have to acquire Indian citizenship through other means, not simply by birth. The law describes an illegal migrant as a foreigner who: (i) enters the country without valid travel documents, like a passport and visa, or (ii) enters with valid documents, but stays beyond the permitted time period.

Citizenship by descent: A person born outside India and who has at least one Indian parent will be granted citizenship provided that the birth is registered within 1 year with the Indian consulate in the jurisdiction.

Citizenship by registration: This is for persons related to an Indian citizen through marriage or ancestry.

Citizenship by naturalisation: Section 6 of the Citizenship Act states a certificate of naturalisation can be granted to a person who is not an illegal immigrant and has resided in India continuously for 12 months before making an application. Additionally, in the 14 years before the 12-month period, the person must have lived in india for at least 11 years (relaxed to five years for the categories covered under the new amendment).

Waiver: If in the opinion of the central government, the applicant has rendered distinguished service to the cause of science, philosophy, art, literature, world peace or human progress generally, it may waive all or any of the conditions in the Act. This is how the Dalai Lama or Adnan Sami, the Pakistani singer, were granted Indian citizenship.