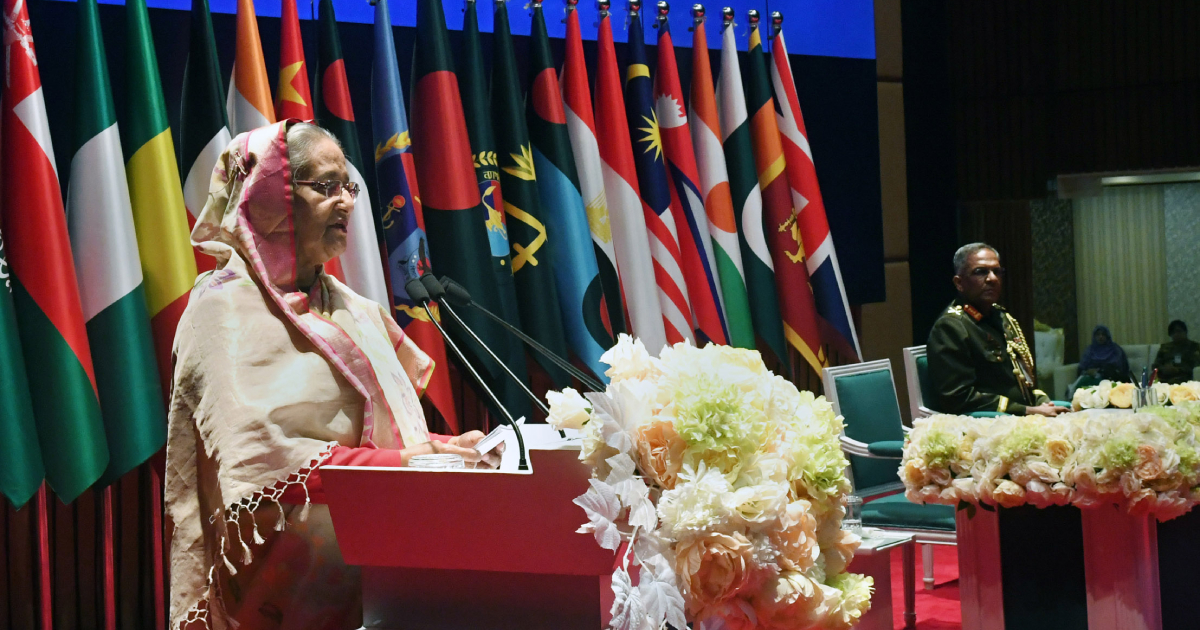 Prime Minister Sheikh Hasina on Sunday said the government wants to develop a professional and well-trained armed force for Bangladesh to keep pace with the constantly-changing world.

“We’re well aware of what are needed for the country and when, and we’re taking measures accordingly. Because, we want to develop a professional and well-trained armed force,” she said.

She said the government is taking forward the armed forces to make it stronger and more time-befitting one by formulating the Forces Goal-2030 in light of the defence policy adopted by the Father of the Nation. “We’ve been working for collecting modern military hardware and arranging trainings,” she said.

“The world is changing constantly. So, we’ll have to move keeping pace with the change. We’’ have to have such military hardware and take all sorts of training in this regard,” Sheikh Hasina added.

She said her government has been procuring the latest military hardware and arranging proper trainings for the Armed Forces personnel so that they can be familiar with modern war equipment used in UN peacekeeping missions and so that they do not hesitate to play their role under any circumstance alongside gathering experiences there.

The Prime Minister thanked the Armed Forces members for making contributions by standing by the people of the country during any natural disaster and accident.

She also urged them to come forward along with others to develop the country being imbued with patriotism.

Sheikh Hasina hoped that the NDC graduates, being inspired by the motto ‘Security through Knowledge’, will take the nation towards stability, self-reliance and sustainable development.

A total of 85 officers from the armed forces, civil administration and foreign military forces successfully completed the NDC Course 2019 while 38 the AFWC-2019 at the NDC.

The Prime Minister distributed certificates among new graduates of the two courses.

The Prime Minister said her government established the National Defence College (NDC) in 1998 with only Tk 2 crore for the higher education of senior and mid-level officers of the Armed Forces.

Mentioning that the college has now turned into an internationally reputed institution, she pledged to extend all-out support to the prestigious military college.

Hasina congratulated the participants of NDC and AFWC on successful completion of year-long courses.

Pointing at fresh graduates, she said the participants carried out studies and research over different important issues of the State as well as acquired knowledge over different problems and work plans of the governance of the State.

“I believe the prudent application of knowledge will undoubtedly have contribution to the national progress of Bangladesh,” said the Prime Minister.

She said foreign military officers from 24 friendly-countries have so far received higher training in the college. “You (foreign graduates) will be our (Bangladesh’s) goodwill ambassadors as you stayed here and have been able to know Bangladesh for last one year,” she said.

She joined the meeting as the chairman of a joint governing body of the two prestigious military institutions of the country.