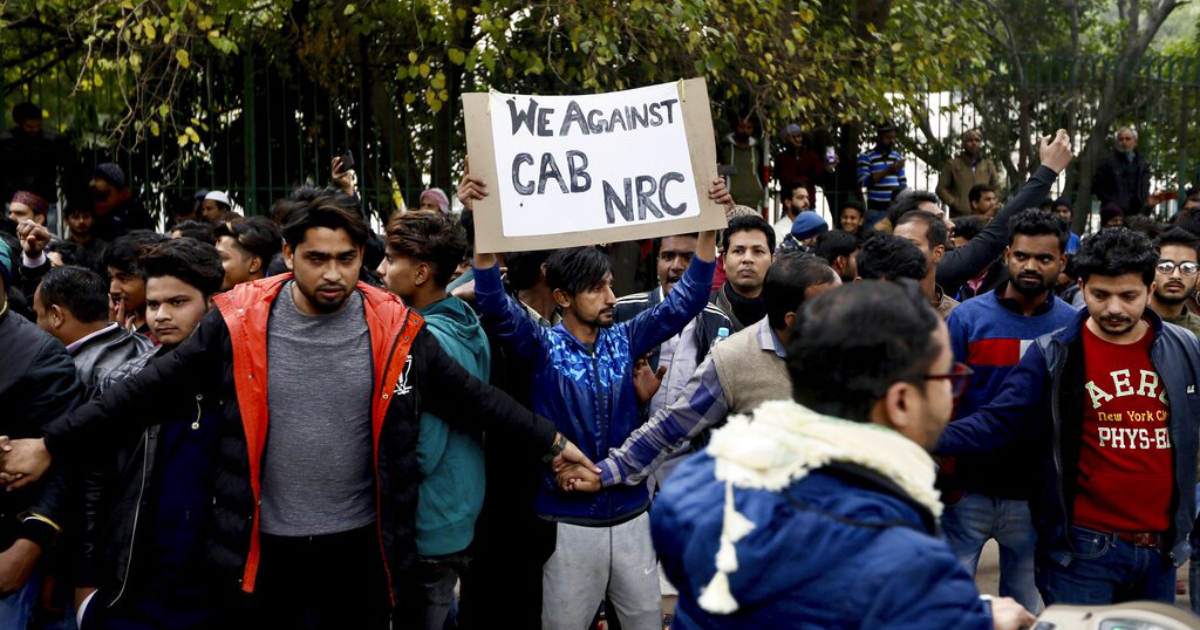 Thousands of university students flooded the streets of India’s capital, while a southern state government led a march and demonstrators held a silent protest in the northeast on Monday to protest a new law giving citizenship to non-Muslims who entered India illegally to flee religious persecution in several neighboring countries.

The protests in New Delhi followed a night of violent clashes between police and demonstrators at Jamia Millia Islamia University. Protesters who student organizers said were not students set three buses on fire and police stormed the university library, firing tear gas at students crouched under desks.

Prime Minister Narendra Modi’s government says the Citizenship Amendment Bill, which was approved by Parliament last week, will make India a safe haven for Hindus and other religious minorities in Muslim-majority Bangladesh, Pakistan and Afghanistan. But critics say the legislation, which for the first time conditions Indian citizenship on religion, violates the secular constitution of the world’s largest democracy.

The law’s passage has triggered protests across India, but Assam, the center of a decades-old movement against illegal immigrants, has seen the highest toll.

Assam police officials say officers have fatally shot five protesters in the state capital of Gauhati while attempting to restore order to a city that has been engulfed in demonstrations since last week. About 1,500 people have been arrested for violence including arson and vandalism, police spokesman G.P. Singh said, adding that authorities were reviewing surveillance videos and anticipated making more arrests. Schools remain closed through Dec. 22, the government has blocked internet service statewide and a curfew has been imposed from 9 p.m. to 6 a.m. Foreign journalists are not permitted to travel to India’s northeastern region, including Assam, without a permit.

Municipal workers were clearing the city of burned tires and other debris on Monday and some businesses had reopened as the All Assam Students Union, which has spearheaded Assam’s anti-immigration movement for decades, led a silent protest. The group and its followers fear an influx of migrants will dilute native Assamese culture and political sway.

The citizenship law follows a contentious citizenship registry process in Assam intended to weed out people who immigrated illegally. Home Minister Amit Shah has pledged to roll it out nationwide, promising to rid India of “infiltrators.”

Nearly 2 million people in Assam were excluded from the list, about half Hindu and half Muslim, and have been asked to prove their citizenship or else be considered foreign. India is constructing a detention center for some of the tens of thousands of people the courts are expected to ultimately determine came to the country illegally.

The Citizenship Amendment Bill could provide protection and a fast track to naturalization for many of the Hindus left off Assam’s citizenship list.

Bangladesh has repeatedly said that it would not accept anyone India determines to be a foreigner, but on Sunday, foreign minister A.K. Abdul Momen said it has asked the Modi government for details on Bangladeshis living illegally in India so that they could be repatriated.

Momen made the comment amid concern that people were being pushed into Bangladesh from the Indian state of West Bengal.

Authorities in Bangladesh say at least 329 people were arrested on charges of trespassing from India last month and failing to prove they are Bangladeshis.

Momen said if they are determined to be non-Bangladeshi they will be sent back to India.

2019-12-16
Mr. Admin
Previous: Are you taking care of these body parts?
Next: ‘It’s unprecedented,’ says Khaleda about her bail denial