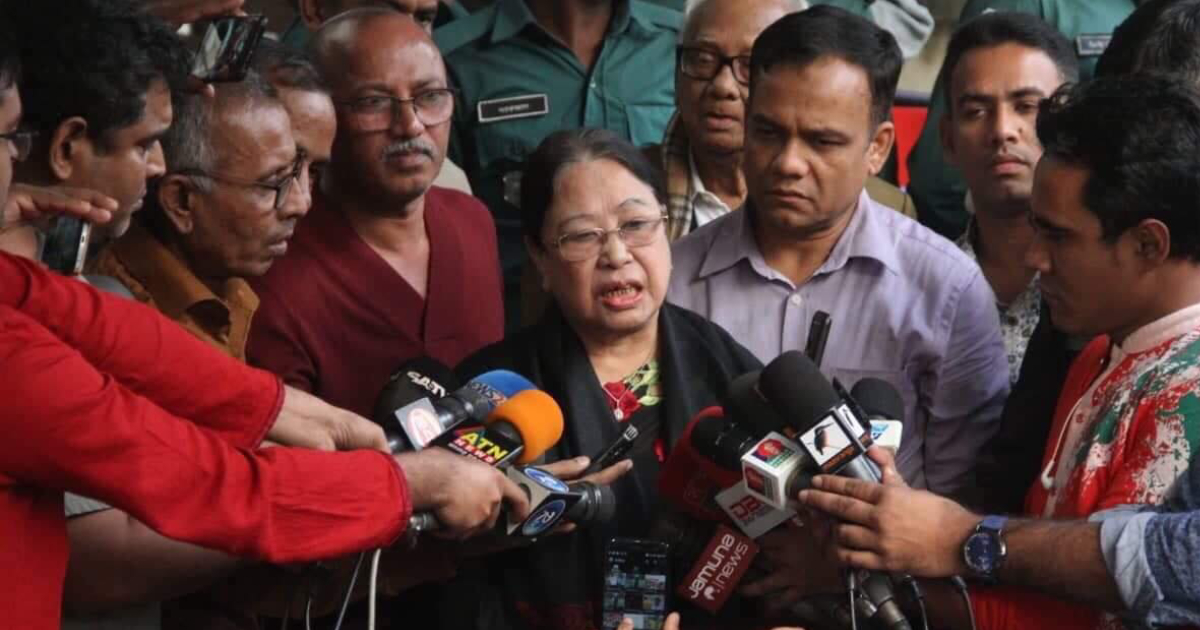 BNP Chairperson Khaleda Zia has described her bail denial by the apex court in Zia Charitable Trust graft case as ‘unprecedented’, said her sister on Monday.

The BNP chief made the remarks when her relatives met her at Bangabandhu Sheikh Mujib Medical University (BSMMU).

Asked about Khaleda’s health condition, Selima said she is in a bad shape. “She neither can sit nor stand up. She is unable to eat as she feels nausea after having anything. She is also suffering from stomachache.”

She also said the BNP chief is so sick that she cannot move.

Selima said the BNP chairperson urged the country’s people to pray for her. “What else can we do?”

Asked whether they discussed parole issu, she replied in the negative.

On December 12, the Appellate Division rejected the bail petition of the BNP chairperson in the Zia Charitable Trust corruption case.

Khaleda moved the apex court on 14 November challenging a High Court Division order that had turned down her bail petition in the Zia Charitable Trust corruption case.