Shakib, his family members in UAE to pass leisure time 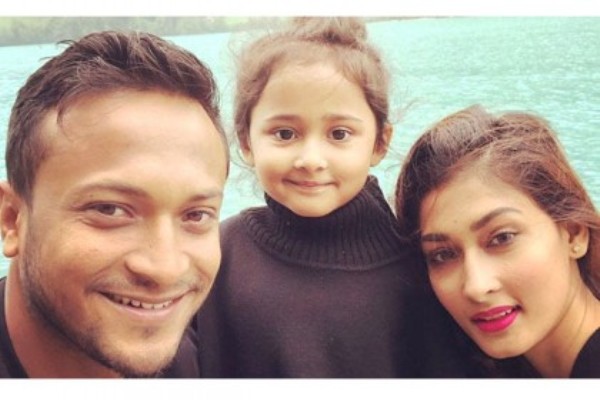 Shakib Al Hasan, who was banned by the International Cricket Council (ICC) for failing to report corrupt approaches made to him, reached United Arab Emirates (UAE) on Monday to pass leisure time.

He was accompanied by his wife Umme Ahmed Shishir and daughter Alaina Hasan Abri.

A special flight of Emirates carrying them took off from Hazrat Shahjalal International Airport (HSIA) at 6:40pm.Confirming the news, Bangladesh Cricket Board’s (BCB) logistic manager Wasim Khan uploaded a photo with Shakib on his Facebook.

Shakib Al Hasan was banned for two years (suspended sentence of one year) by the ICC for failing to disclose the approaches made to him by known cricket bookie Deepak Agarwal.

The all-rounder accepted the charge leveled against him and admitted his mistake. “I would keep in mind the implications of my mistake and I would also keep a watch that no one else commits such an act,” Shakib has been quoted as saying.