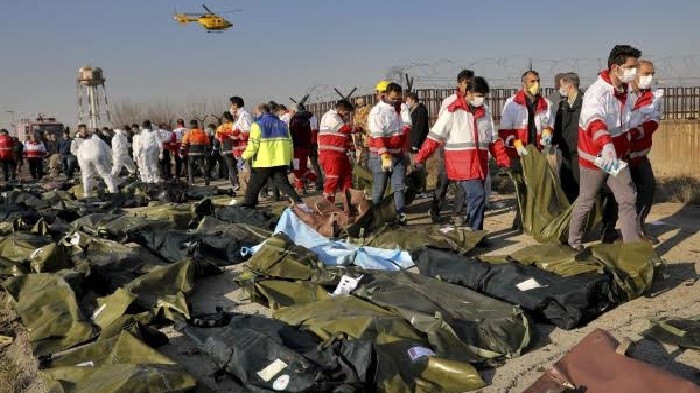 File photo of rescue workers recover bodies of victims at the scene where a Ukrainian plane crashed in Shahedshahr, southwest of Tehran. Photo: Collected

Iran, which admitted on Saturday that it accidentally shot down a Ukrainian airliner killing 176 people, must “learn lessons” from the disaster, the chairman of the Russian parliament’s foreign affairs committee said.
“If decryption of the black boxes and the work of the investigation do not prove that the Iranian army did this intentionally, and there are no logical reasons for this, the incident must be closed.”

“Hoping that lessons will be learned and action taken by all parties,” said Konstantin Kosachev, quoted by the Interfax news agency.