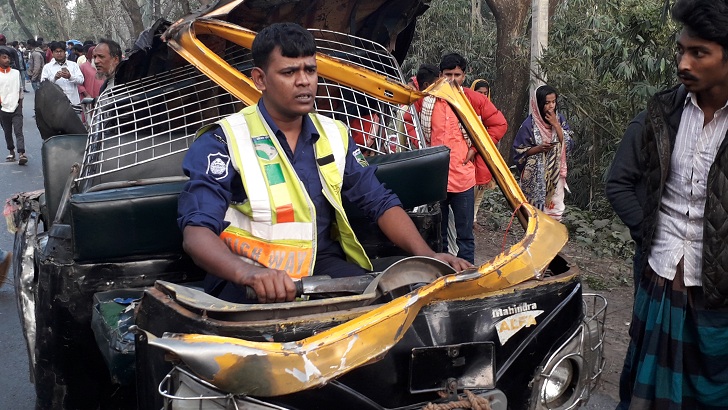 At least five people, including two women, were killed two others injured as a bus ran over a CNG-run auto rickshaw at Charkhankhanapur area of Rajbari on Sunday afternoon.
The identities of the deceased could not be known yet.

Locals said the accident took place around 3:00pm when the speeding Dhaka bound Greenline Paribahan bus crushed the auto-rickshaw at the area, leaving five passengers of the auto-rickshaw dead on the spot and two others injured.The injured were admitted to a local hospital.