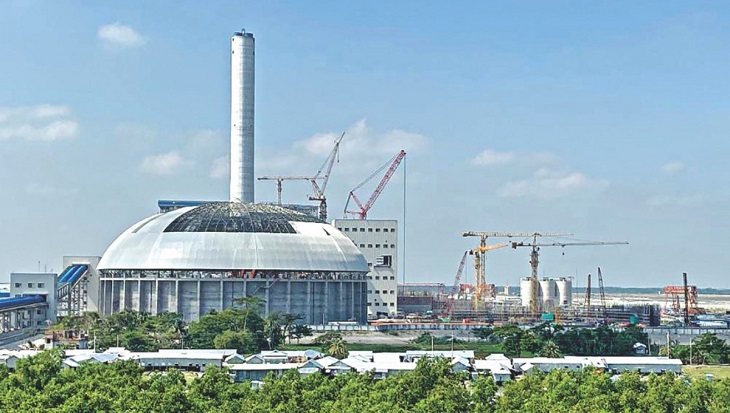 Electricity production at the coal-fired Payra thermal power plant started in Patuakhali’s Kalapara upazila on Monday.
The ministry of Power, Energy and Mineral Resources informed that the power generated from the plant is added (synchronising) to the national grid around 12:00 pm this noon.

Initially, the power plant is generating 10 MW power and the production will go up to 660 MW at the final stage of generation, NWPGCL sources said.The power plant, located in Patuakhali district, some 204 km south of capital Dhaka, is a joint venture initiative of and funded by the North-West Power Generation Company Bangladesh Limited (NWPGCL) and China National Machinery Import and Export Corporation (CMC).

The Dhaka-Beijing joint venture initiative started its work in 2016 to construct a 1320MW thermal power plant at a cost of about $2 billion.

Chinese and Bangladeshi workers are working around the clock to make the power plant fully operational by June 2020.