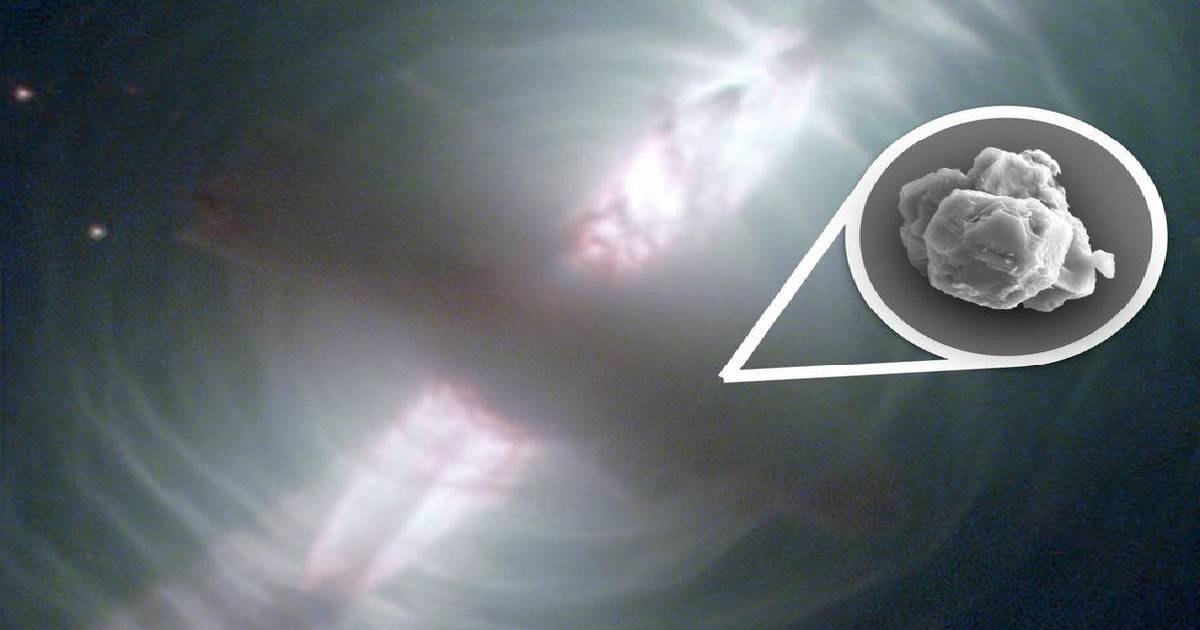 Photos : Some of the pre-solar grains in the Murchison meteorite (inset) could have come from evolved stars similar to the Egg Nebula.

Scientists analysing a meteorite have discovered the oldest material known to exist on Earth, reports BBC.

They found dust grains within the space rock – which fell to Earth in the 1960s – that are as much as 7.5 billion years old.

The oldest of the dust grains were formed in stars that roared to life long before our Solar System was born.

A team of researchers has described the result in the journal Proceedings of the National Academy of Sciences.

When stars die, particles formed within them are flung out into space. These “pre-solar grains” then get incorporated into new stars, planets, moons and meteorites.

A team of researchers from the US and Switzerland analysed 40 pre-solar grains contained in a portion of the Murchison meteorite, that fell in Australia in 1969.

“It starts with crushing fragments of the meteorite down into a powder,” said co-author Jennika Greer, from the Field Museum and the University of Chicago.

“Once all the pieces are segregated, it’s a kind of paste, and it has a pungent characteristic – it smells like rotten peanut butter.”

This whiffy paste was then dissolved in acid, leaving only the stardust.

“It’s like burning down the haystack to find the needle,” said Philipp Heck.

To work out how old the grains were, the researchers measured how long they had been exposed to cosmic rays in space. These rays are high-energy particles that travel through our galaxy and penetrate solid matter.

Some of these rays interact with the matter they encounter and form new elements. The longer they are exposed, the more of these elements form. The researchers used a particular form (isotope) of the element neon – Ne-21 – to date the grains.

“I compare this with putting out a bucket in a rainstorm. Assuming the rainfall is constant, the amount of water that accumulates in the bucket tells you how long it was exposed,” said Dr Heck.

Measuring how many of the new elements are present tells scientists how long the grain was exposed to cosmic rays. This in turn informs them how old it is.

Some of the pre-solar grains turned out to be the oldest ever discovered.

However, the oldest yielded a date of around 7.5 billion years old.

The Murchison meteorite fell to Earth in 1969

More to be found

“I am sure there are older pre-solar minerals in Murchison and other meteorites, we just haven’t found them yet.”

The findings shed light on a debate over whether or not new stars form at a steady rate, or whether there are highs and lows in the number of new stars over time.

“Thanks to these grains, we now have direct evidence for a period of enhanced star formation in our galaxy seven billion years ago with samples from meteorites. This is one of the key findings of our study,” said Dr Heck.

The researchers also learned that pre-solar grains often float through space stuck together in large clusters, like granola. “No one thought this was possible at that scale,” Philipp Heck explained.

Glaciers on Mars reveal the planet’s many ice ages