After long 48 years, children trace their missing father; thanks to FB 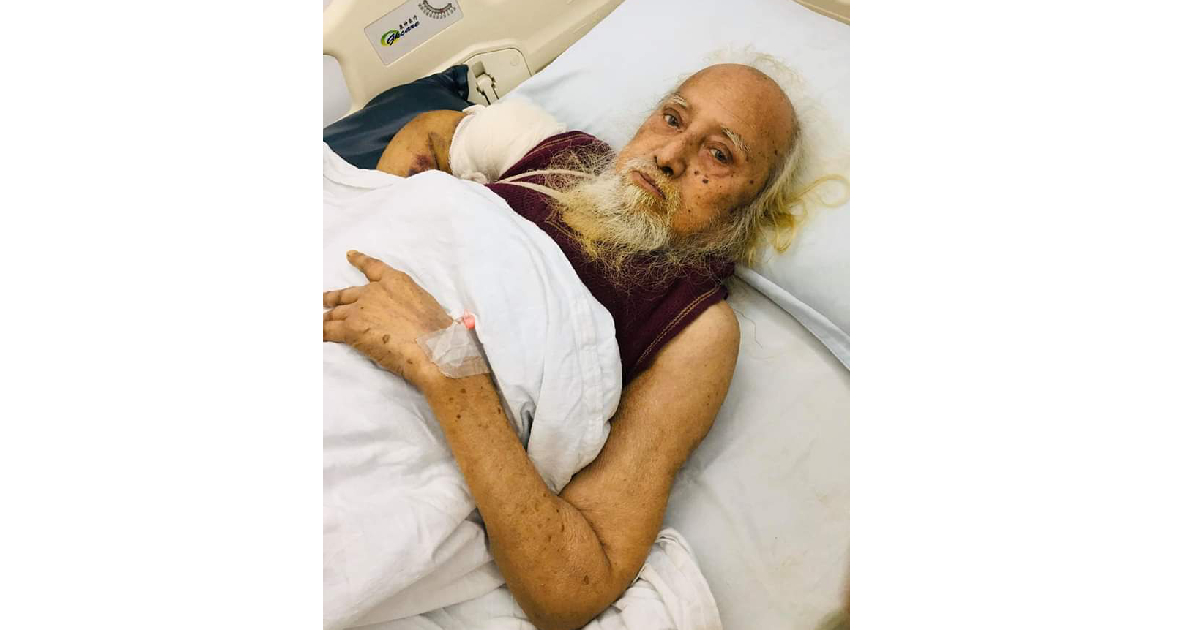 Photo: The elderly man who was traced 48 years after he had gone missing from Beanibazar is receiving treatment at a hospital in Sylhet.

Sylhet Office : In a surprising turn of events, a man who had gone missing 48 years back, has finally been traced by his children through the Facebook in Beanibazar upazila of Sylhet.

Now in his 80s, Habibur Rahman had disappeared leaving behind his wife and four sons. His sons had given up hope of finding their father alive, and used to write ‘late’ before his name.

Talking to Kefayet Hossain, a grandson of Habibur Rahman, said he found out through the Facebook on Thursday night that his grandfather being treated at Osmani Medical College Hospital.

Surprised by the fact, his family members rushed to the hospital and identified him.

According to Kefayet, his grandfather was admitted to the hospital 3-4 days back as an unidentified patient. Someone in Beanibazar took his picture and posted it on the Facebook which went viral very quickly.

“Grandpa has got one of his arms broken, and will undergo a surgery soon,” Kefayet added.

Nazrul Hossain, a member of Sylhet Zila Parishad and a neighbour of Habibur Rahman, said he had gone missing right after the independence of Bangladesh.

“He couldn’t be traced even after extensive search, and everybody assumed that he had died. During these long 48 years, he never contacted his wife and sons. It will be possible to know the full story once he recovers fully,”Nazrul said.

Habibur’s family members said he is extremely ill and is suffering from memory loss.

During his brief interaction with his family members by the time, Habibur Rahman recalled his past saying that he used to work as a ‘Khadem’ (caretaker) of a shrine at Raisari Bari in Moulvibazar where a woman, Razia Begum, used to take care of him.

Many people are thronging the hospital to see Habibur Rahman.

Currently, he is being treated at Al Haramain Hospital Pvt Ltd in Sylhet.