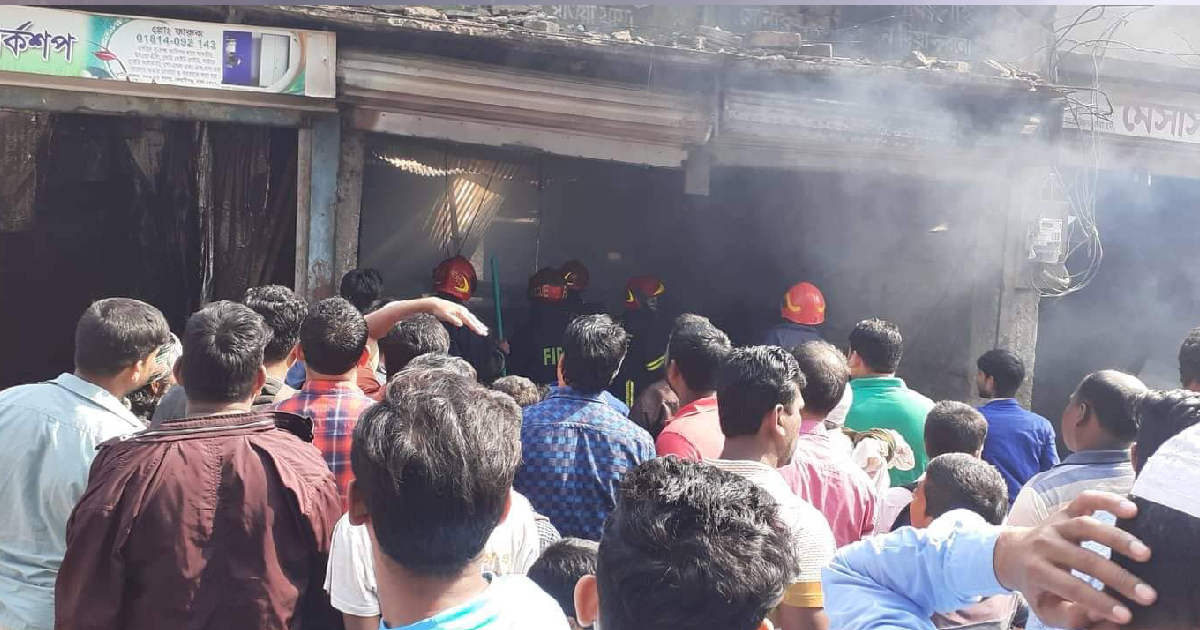 An oil factory and a cotton warehouse were gutted in a fire at Aati Bazar here on Saturday.

On information, two firefighting units rushed in and doused the blaze after one hour of frantic efforts, he said,

The extent of losses caused by fire would be Tk 20 lakh, claimed the victims.

Nazrul, owner of the oil factory, claimed that 300 maunds of mustard and five costly machines among other valuables were gutted in the fire.

Sub-inspector Rezaul Amin Barshan of Kolatia police outpost said the cotton warehouse had no approval and legal action will be taken against its owner.