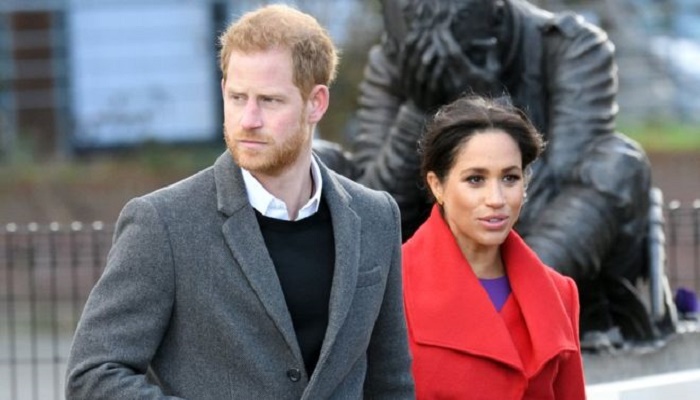 Prince Harry and Meghan will no longer use their HRH titles and will not receive public funds for royal duties, Buckingham Palace has announced.
The couple will also no longer formally represent The Queen.The Duke and Duchess of Sussex intend to repay £2.4m of taxpayer money for the refurbishment of Frogmore Cottage, which will remain their UK family home, the statement added.

The new arrangement comes into effect in spring this year, the palace said.

The statement comes after senior royals held talks on Monday about the future role for the couple, who this month announced they wanted to “step back” as senior royals.

Buckingham Palace said the royal couple understood they were required to step back from royal duties, including official military appointments.

HRH, an abbreviation of His/Her Royal Highness, is used as part of the title of some members of the royal family, including prince or princess.

The palace said it would not comment on what security arrangements would be in place for the royal couple.Their new website, sussexroyal.com, has been updated following the Queen’s statement.

“In line with the statement by Her Majesty The Queen, information on the roles and work of the Duke and Duchess of Sussex will be updated on this website in due course,” it said.