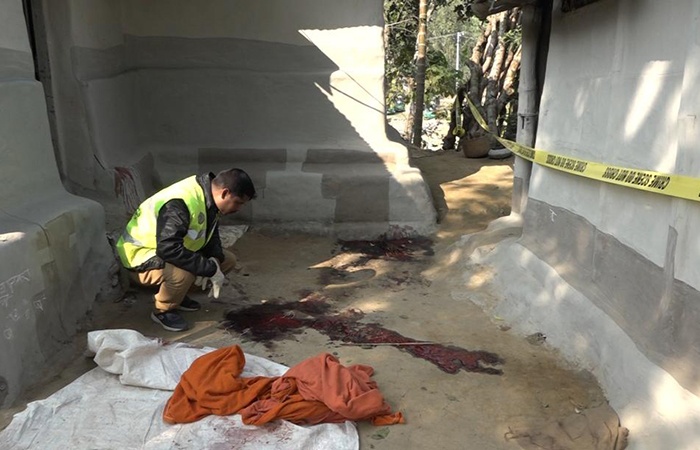 Moulvibazar Correspondent : A man reportedly took his own life after allegedly killing four people, including his wife and mother-in-law, at Pallartal tea garden in Barlekha upazila’s Uttar Shahbajpur union on Sunday morning.

The deceased were identified as Nirmal, 30, his wife Joly, 26, mother-in-law Laxmi, 45, and neighbours Bashanta, 37, and Sheuli, 6. Everyone except Nirmal worked at tea gardens.

Quoting locals, police said Nirmal used to live at his in-law’s house since his marriage to Joly. The couple had an altercation around 5am. At one stage, Nirmal beat Joly up and stabbed her indiscriminately, leaving her dead.

Laxmi, Bashanta and Sheuli were hacked to death by Nirmal when they came to save Joly.

Later, the man reportedly hanged himself from the ceiling of his house.

Farukh Ahmed, superintendent of Moulvibazar police, said police went to the spot and sent the bodies to a local hospital morgue for autopsy.