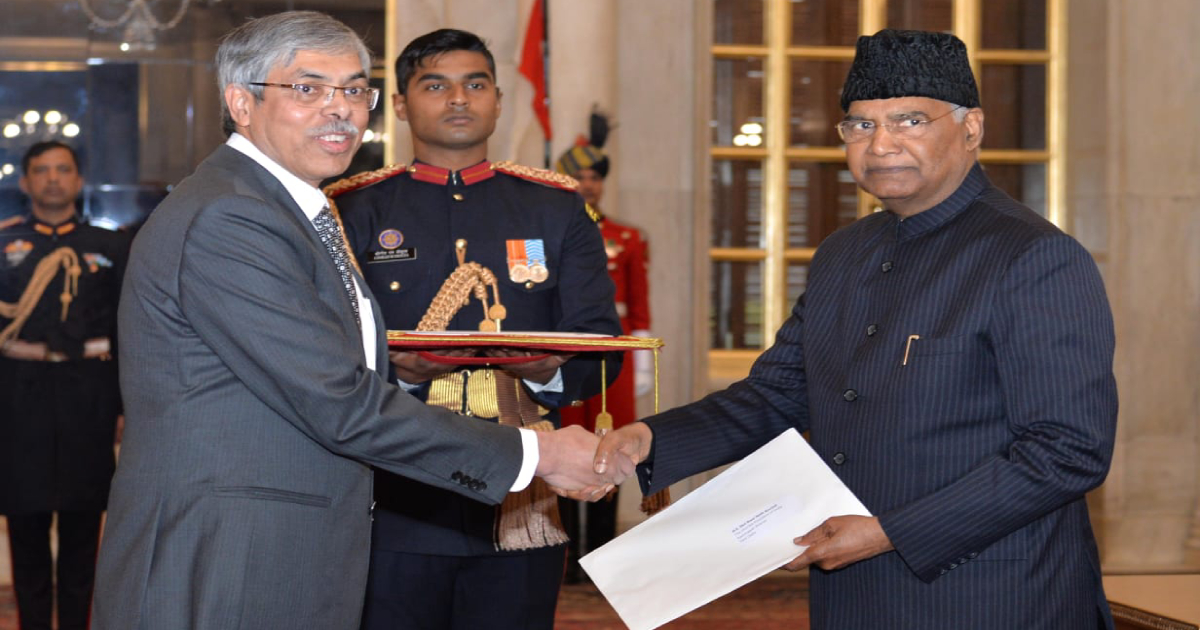 He said India has a special relation with Bangladesh and it attaches highest priority to making that even stronger.

The Indian President made the remarks when newly-appointed Bangladesh High Commissioner to India Muhammad Imran presented his credentials to him on Tuesday.

He presented the credentials at a colourful ceremony at Rashtrapati Bhawan (Presidential Palace) in India’s capital of New Delhi.

The envoy was accompanied by his wife Dr. Zakia Hasnat Imran and senior officials of the mission.

The two countries look forward to stronger and deeper cooperation in all aspects, especially in security, connectivity and people-to-people contact, according to Bangladesh High Commission in New Delhi.

Kovind said India is happy to be a partner of Bangladesh in the joint celebrations of birth centenary of Bangabandhu Sheikh Mujib, the golden jubilee of Bangladesh’s War of Liberation and 50 years of establishing diplomatic ties.

The Indian President fondly recalled late Ambassador Syed Muazzem Ali describing him as a good friend of India and true patriot of Bangladesh.

He also conveyed his regards to Bangladesh President Abdul Hamid.

He said Bangladesh remains grateful to the government and people of India for their extending all-out support to the 1971 War of Liberation.

The Indo-Bangladesh cooperation had, in fact, began in the battlefield of 1971, he recalled.

The envoy said the India-Bangladesh relations have reached an exceptional level and it is described as the “best one” and as model of “neighbourhood relations” thanks to the dynamic leadership of Prime Ministers Sheikh Hasina and Narendra Modi.

The envoy assured the Indian President that he would ceaselessly endeavour to achieve his government’s goal to further expand and consolidate the bilateral cooperation.

He underscored Prime Minister Sheikh Hasina’s persistent efforts to further promote regional and sub-regional cooperation focusing on security, mutual trust and confidence, promotion of connectivity and all round economic cooperation on a win-win basis.

Referring to the “Mujib Borsho”, the centenary celebrations of the birth of the Father of the Nation Bangabandhu Sheikh Mujibur Rahman, the envoy said Bangladesh looks forward to participation of a host of Indian leaders, including Narendra Modi, to the inaugural ceremony scheduled to be held in Dhaka on March 17 this year.

Imran takes up his India assignment after serving Bangladesh’s Ambassador to the United Arab Emirates for about seven years.

He belongs to the 1986 batch of Bangladesh Civil Service (BCS) Foreign Affairs cadre.

Imran has also served as Bangladesh’s Ambassador to Uzbekistan.

Earlier in the day, the High Commissioner held a meeting with officers and staff of the mission.

2020-01-21
Mr. Admin
Previous: China says virus spreading between humans as WHO set to meet
Next: PM for exploring avenues for Bangladesh-Kosovo cooperation