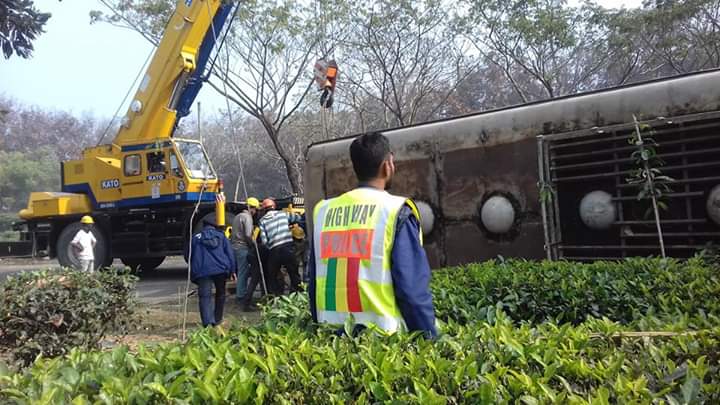 Habiganj Correspondent : At least three people including two women were killed and 18 others injured as a bus hit a roadside tree in Bahubal upazila of Habiganj on Friday morning.
Two of the deceased were identified as Komla Akter, 35, and Abu Syed, 30.

The Habiganj-bound bus from Sreemangal of Moulvibazar hit a roadside tree in Kamaichhara area around 8:30am after its driver lost control of the vehicle, said Muktadir Hossain, officer-in-charge of Bahubal Police Station.The accident left two female passengers of the bus and its helper dead on the spot.

On information, police recovered the bodies and sent those to Habiganj Sadar Hospital, while the injured were taken to Bahubal Health Complex and Sadar Hospital.

One killed in Sylhet road crash