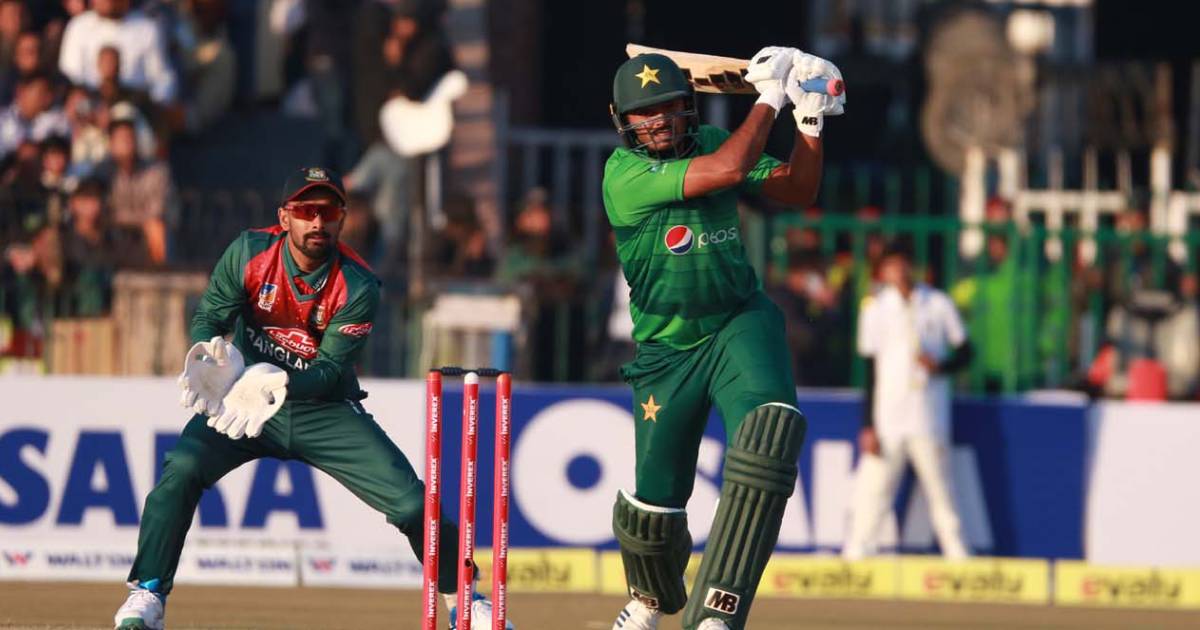 Bangladesh lost the first game of the three-match T20 International series against Pakistan by five wickets at the Gaddafi Stadium in Lahore on Friday.

Bangladesh won the toss and opted to bat first but failed to put up a challenging target. Mahmudullah-led Tigers scored only 141 runs for five in 20 overs.

In reply, Pakistan chased the target in 19.3 overs with five wickets in hand. The hosts ended on 142 for five.

Pakistan lost captain Babar Azam in the very first over to right-arm pacer Shafiul Islam. Babar went to drive the ball to the cover area but missed it. The ball nicked the bat before going to the hand of wicketkeeper Liton Das.

Bangladesh scalped another wicket inside the powerplay when Mustafizur Rahman dismissed Mohammad Hafeez for 17 off 16 deliveries. Hafeez had made a 35-run partnership in the second wicket with the debutant Ahsan Ali.

Tigers needed to take some more wickets in the middle overs but they failed to inflict any damage. Pakistan lost their third wicket with 81 runs on the board.

Iftekhar Ahmed and Imad Wasim went back to the dressing room in quick succession but the comeback man Shoaib Malik was firm on the wicket. He remained unbeaten for 58 off 45 with five fours. The veteran all-rounder left the field ensuring a flying start to the series for the hosts.

While Malik was the highest runs scorer for Pakistan, debutant Ahsan was the second-highest runs getter for them hitting 36 off 32 with four fours.

Earlier, despite managing a 50-plus opening stand by Tamim Iqbal and Mohammad Naim, Bangladesh failed to pass 150 runs.

The first wicket fell in the last ball of the 11th over at 71 runs. Tamim scored 39 off 34 balls with four fours and one six before being dismissed by run-out. He played 16 dot balls. The other opener, Naim, scored 43 off 41 playing 18 dot balls.

Bangladesh needed to bat till 15 overs to pass the 100-run mark. In the last five overs, they managed to score only 41 runs.

After the dismissal of the openers, the onus was on Liton Das and Mahmudullah Riyad to play some big shots and put up a big total on the board.

Liton fell for 12 off 13. He was also a victim of run-out, while Mahmudullah remained unbeaten for 19 off 14 balls.