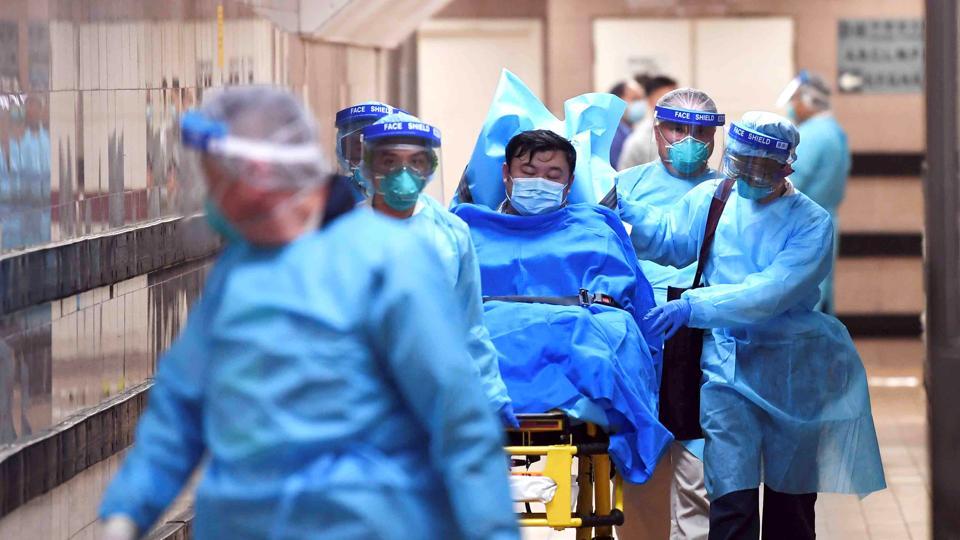 The rapidly spreading novel Coronavirus has killed 25 people and sickened at least 830 people across China, the latest official statement said on Friday morning as millions in the country in five cities have been put under lockdown in an attempt to control the outbreak.
As many 24 deaths have been reported from the central Chinese province of Hubei; one has been reported from Hebei, a province bordering Beijing. Another 177 people elsewhere in the country are critical, the government said.

A second case of the virus was confirmed in Japan on Friday; the male patient, 40, had been living in Wuhan – the epicentre of the outbreak – and had recently visited Tokyo, state media reported.The number of cases in Beijing, China’s sprawling capital with more than 21 million, is now 26 with four more cases reported overnight.

Cases have also been reported from Thailand, South Korea, Taiwan, Japan and the United States.

Hours after the lockdown of Wuhan, neighbouring Huanggang, a city of about seven million people, announced similar measures of suspending public transport.

“The lockdown of 11 million people is unprecedented in public health history,” said Gauden Galea, the WHO’s representative in Beijing.

The organisation said, however, that it was not yet recommending any broader restrictions on travel or trade.

Authorities in China fear the transmission rate of the disease – that could be transmitted between humans — could accelerate as hundreds of millions of Chinese travel at home and abroad during week-long holidays for the Lunar New Year, which begins Saturday.Experts say the virus causes a fever and, in some cases, difficulty in breathing.

Meanwhile, the WHO has said it considers it is still too early to declare coronavirus as a public health emergency of international concern given its restrictive and binary nature.

It was a “bit too early” to consider the outbreak a “Public Health Emergency of International Concern,” WHO Emergency Committee panel chair Didier Houssin said after the body met in Geneva.

Such a designation would have required countries to step up the international response.

“Make no mistake, this is now an emergency in China, but this has not yet become a global health emergency,” said Dr. Tedros Adhanom Ghebreyesus, director-general of the WHO, on Thursday (early Friday China-time) after an emergency meeting of the organisation in Geneva.

“It has not yet become a global health emergency. It may yet become one,” he said.

He added that most people who died had underlying health conditions such as hypertension, diabetes or cardiovascular disease that weakened their immune systems.

Declarations of a public health emergency of international concern are relatively rare.

Meanwhile, at least 25 students who have returned from colleges in Wuhan to their homes in India are under close watch for symptoms of a deadly new virus that has triggered a global health alarm, officials said on Thursday as authorities around the world stepped up efforts to avert a wider contagion.

Known till now only as the novel coronavirus, the pathogen is believed to have begun spreading to humans from a seafood and fish meat market in Wuhan, a city in central China, which on Thursday became one of five in the country to be put under an unprecedented lockdown.

“We are in touch with the Indian embassy in China and getting the details of passengers [travelling from China] on a daily basis. While close to 1,200 students might be studying there (Wuhan) as per our information, so far 25 students who have recently come back to India from the outbreak city have been identified. All of them are being closely monitored. None of the students is symptomatic,” said a senior health ministry official who asked not to be named.

Coronavirus ‘can have heart attack like symptoms’, doctors warn