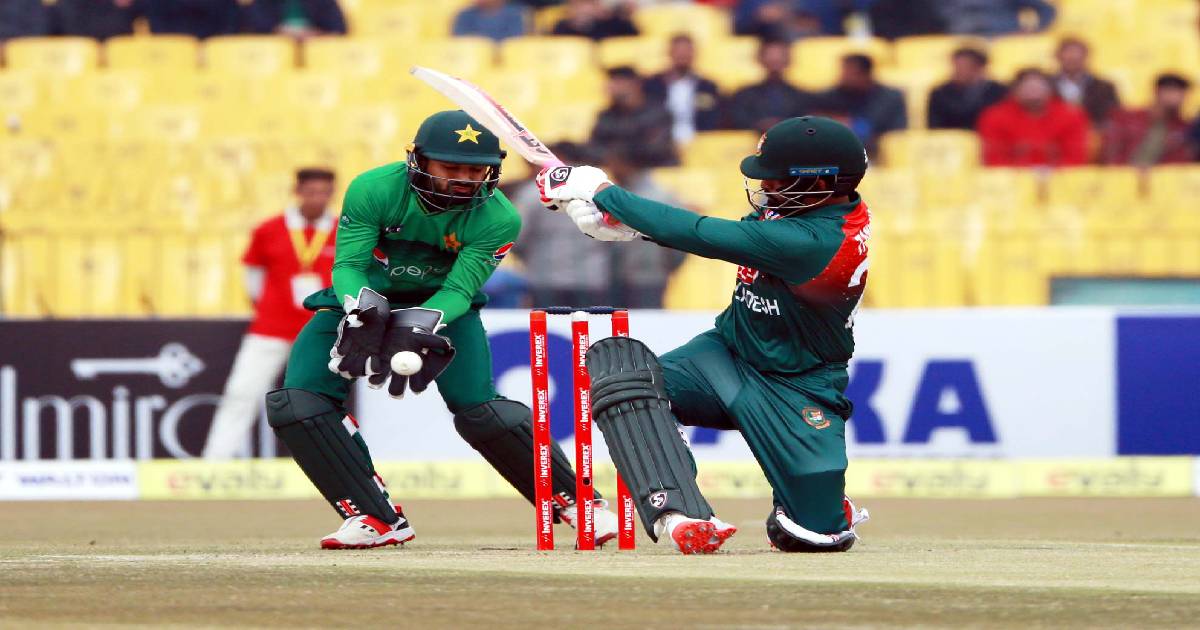 Bangladesh have won the toss and opted to bat first in the second T20 International of three-match series against Pakistan at Gaddafi Stadium in Lahore on Saturday.

Bangladesh made only one change for this match by including Mahedi Hasan in the playing eleven replacing Mohammad Mithun. Pakistan, on the other hand, fielded the unchanged team.

In the first match, Bangladesh lost by five wickets. They batted first and scored only 141 runs despite an opening stand that lasted for more than 10 overs. Pakistan chased the target of 142 runs in 19.3 overs riding on Shoaib Malik’s fifty.