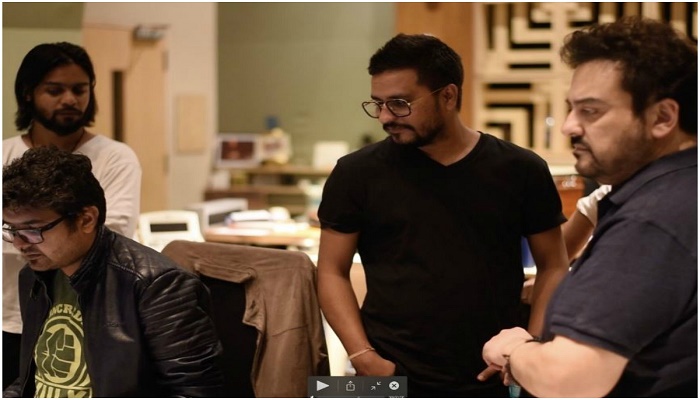 Singer Adnan Sami is returning with a new non-film song, “Tu yaad aaya“, composed by Kunaal Vermaa, known for penning lyrics of Bollywood tracks such as “Tum hi aana” and the Malang title track.
Featuring Adnan and actress Adah Sharma in the video, the song is a love ballad.On the making of the song, Kunaal said: “This song was composed long time ago. It was a melody that was running in my head for a while and I had recorded it. I had even written its lyrics. When I made T-Series listen to the hook of the song, they really liked it and asked me to complete it.”

“Aditya Dev, who has arranged and produced the song, did a fabulous job as always. I was happy towith Adnan sir on this song as I have always admired his body of work. We’ve tried to keep the melody and lyrics very pure and magical with Adnan sir’s insightful inputs,” he added.

The song will release later this month.

Adnan is also popular for songs such as “Lift kara de” and “Tera chehra”.