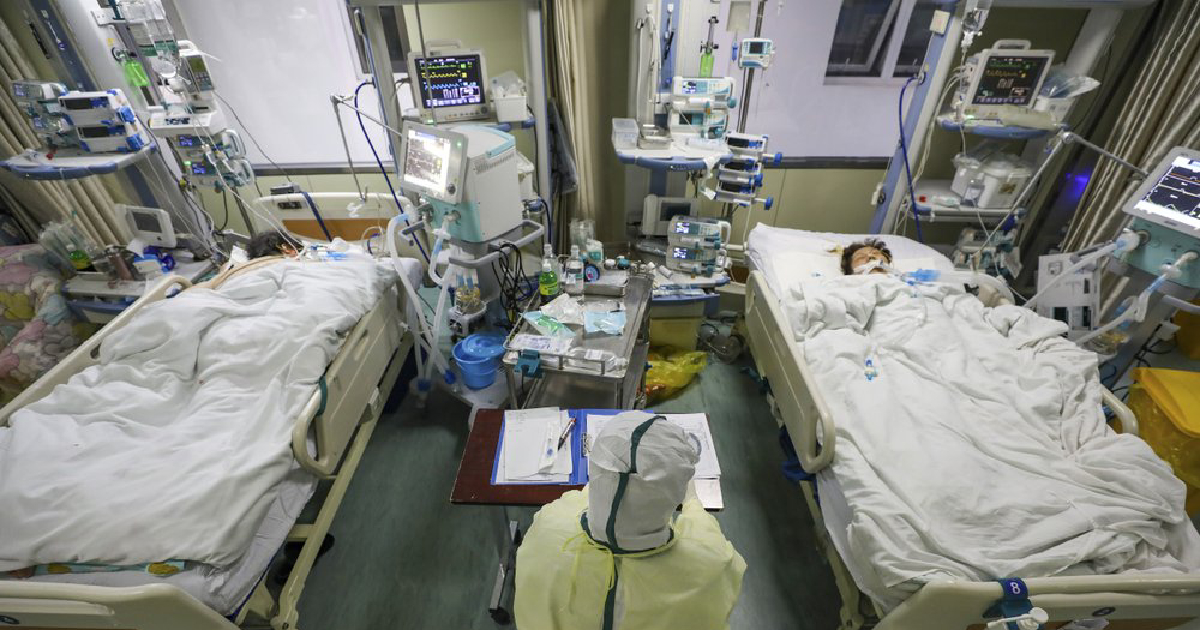 Mainland China has reported another rise in cases of the new virus after a sharp decline the previous day, while the number of deaths grow by 97 to 908, with at least two more outside the country.

On Monday, China’s health ministry said another 3,062 cases had been reported over the previous 24 hours, raising the Chinese mainland’s total to 40,171.

Meanwhile, the mother of a physician who died last week in the hardest-hit city of Wuhan said she wants an explanation from authorities who reprimanded her son for warning about the virus.

Monday’s rise was a turnaround from a significant reduction in new cases reported Sunday, 2,656, down by about 20% from the 3,399 new cases reported in the previous 24-hour period. That had prompted optimism that the “joint control mechanism of different regions and the strict prevention and control measures have worked,” in the words of a spokesman for the National Health Commission, Mi Feng.

Also Sunday, new cases were reported in Japan, South Korea, Vietnam, Malaysia, the U.K. and Spain. More than 360 cases have been confirmed outside mainland China.

“Dramatic reductions” in the pace of the disease’s spread should begin this month if containment works, Dr. Ian Lipkin, director of Columbia University’s Center for Infection and Immunity, said in an online news conference on Sunday. He assisted the World Health Organization and Chinese authorities during the outbreak of SARS, or severe acute respiratory syndrome.

Warmer weather will reduce the virus’s ability to spread and bring people out of enclosed spaces where it is transmitted more easily, Lipkin said. However, he said, if new cases spike as people return to work after the Lunar New Year holiday, which was extended to reduce the risk of spreading the virus, then “we’ll know we’re in trouble.”

The new U.K. case was the nation’s fourth, while Spain reported its second, as European authorities sought to contain the spread of the virus by tracking down people who came into contact with those infected.

Both of the new cases were acquired during trips to France, officials said.

In Spain, authorities were working to identify everyone who came into contact with a British man whose case was detected in Mallorca, a popular vacation island in the Mediterranean Sea, Spain’s National Microbiology Center said.

The fatality toll has passed the 774 people believed to have died of SARS, another viral outbreak that originated in China. The total of 37,198 confirmed cases of the new virus vastly exceeds the 8,098 sickened by SARS.

Japan reported six more cases among 3,700 passengers and crew aboard the quarantined cruise ship Diamond Princess, bringing the number of infections on the vessel to 69. The new cases are an American passenger in her 70s and five crew members — four Filipinos and a Ukrainian.

South Korea reported a new case in a 73-year-old woman whose relatives visited Guangdong province in southern China, raising its total to 27. The family members, a 51-year-old South Korean man and a 37-year-old Chinese woman, were confirmed infected later Sunday.

Vietnam reported its 14th case. The Health Ministry said she is a 55-year-old woman in Vinh Phuc province, northwest of Hanoi, where six earlier patients were found to be infected.

Malaysia reported its 17th case. The 65-year-old woman’s son-in-law was diagnosed earlier with the virus.

Spain confirmed its second case in Mallorca, a popular vacation island in the Mediterranean. The first case was a German tourist diagnosed a week ago in the Canary Islands off northwest Africa.

The 1,800 passengers and 1,800 crew members of the cruise ship Dream World were released from quarantine after Hong Kong authorities said tests of the crew found no infections.

The ship was isolated after eight mainland Chinese passengers were diagnosed with the disease last month.

Port official Leung Yiu-hon said some passengers with symptoms tested negative but there was no need to test all of them because they had no contact with the infected Chinese passengers.

Meanwhile, Hong Kong began enforcing a 14-day quarantine for arrivals from mainland China. The territory’s chief executive, Carrie Lam, has refused demands by some hospital workers and others to seal the border completely.

The mother of a physician who died last week in Wuhan said in a video released Sunday she wants an explanation from authorities who reprimanded him for warning about the virus in December.

The death of Li Wenliang, 34, prompted an outpouring of public anger at Wuhan officials. Some postings left on his microblog account said officials should face consequences for mistreating Li.

“My child was summoned by the Wuhan Police Bureau at midnight. He was asked to sign an admonishment notice,” Lu Shuyun said in the video distributed by Pear Video, an online broadcast platform. “We won’t give up if they don’t give us an explanation.”

The video shows flowers in her home with a note that says, “Hero is immortal. Thank you.”

The government of the surrounding province of Hubei it will pay subsidies to farmers, other food producers and supermarkets and give tax breaks to companies that donate to anti-virus work, the official Xinhua News Agency said. It said overtime for employees of companies making medical supplies will be subsidized.

China’s leaders are trying to keep food flowing to crowded cities despite anti-disease controls and to quell fears of possible shortages and price spikes following panic buying after most access to Wuhan and nearby cities was cut off.

Two more flights from Wuhan carrying American citizens, permanent residents and close relatives landed in the United States, the State Department said. A spokesman said more than 800 Americans have been evacuated from Wuhan.

A plane landed Sunday in Britain carrying 200 people from Wuhan. Officials said Britain’s second evacuation flight carried 105 British nationals and 95 citizens of other European countries and family members. The passengers will be quarantined at a hotel for 14 days.

Dozens of repatriated Brazilians, some waving small Brazilian flags, landed Sunday morning at an airbase in the state of Goias, where they will spend the next 18 days in quarantine.

A charter flight carrying Filipinos from Wuhan arrived in the Philippines. The 29 adults and one infant will be quarantined for 14 days.

Elsewhere in China, the industrial metropolis of Chongqing in the southwest told residential communities to close their gates and check visitors for fever. The government said the spread of the virus through “family gatherings” had been reported in Chongqing but gave no details.

France closed two schools and tried to reassure vacationers in the Alps after five Britons contracted the virus at a ski resort.

France stepped up a travel alert, recommending against all visits to China except for “imperative reasons.”

The WHO director-general said it will send experts to China starting Monday or Tuesday.

Asked whether that will include members of the U.S. Centers for Disease Control and Prevention, Tedros Adhanom Ghebreyesus replied, “We hope so.”