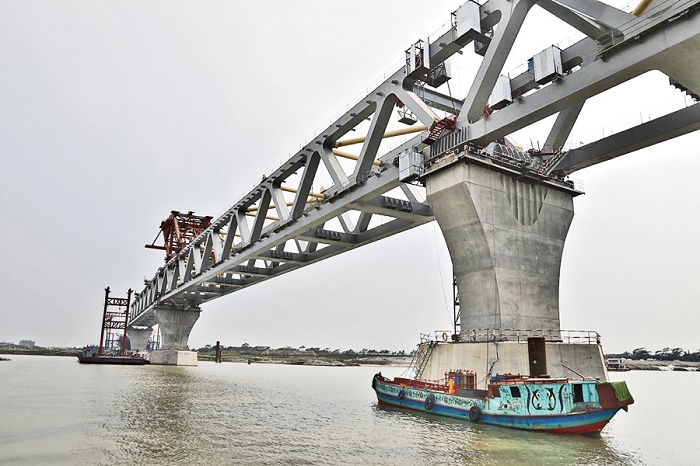 The 24th span of the 6.15-kilometre long Padma Bridge has been installed on the 30 and the 31 pillars at the Zajira point in Shariatpur district on Tuesday.
According to engineers, the span was installed around 1:20 pm and with this, 3600 meters of the main structure of the Mega Bridge has become visible.

Earliar, the 23rd span of the Padma Bridge was installed on February 02.A total of 41 spans (superstructure) will be installed on the 42 pillars to construct the 6.15-km-long two-storied Padma Bridge.

Road Transport and Bridges Minister Obaidul Quader earlier said all the spans of the Padma Bridge will be installed by July 2020. He also said the bridge will be opened to traffic by 2021.

The construction work of the long-cherished Padma Bridge started in December, 2015 and the first span (superstructure) among the 41 was installed on September 30, 2017.