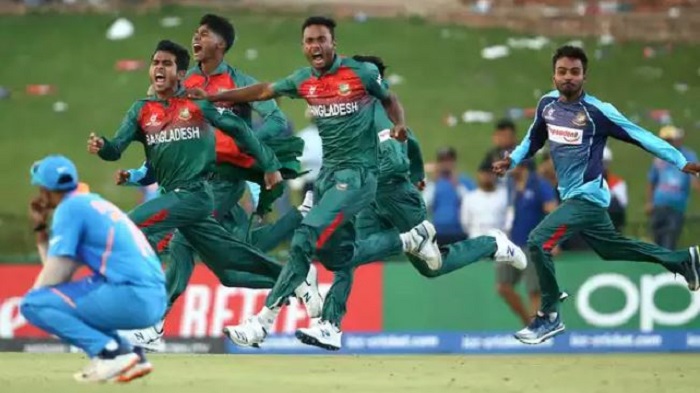 Three Bangladesh players and two Indian players have been found guilty of breaching the ICC Code Of Conduct following ugly scenes post the Under 19 World Cup final in Potchefstroom in South Africa on Sunday.
Bangladesh’s famous win in the final saw both teams getting into altercations during the celebrations for which the skipper Akbar Ali even apologised.

Bishnoi, who came up with a stellar effort with the ball in the final, received five demerit points for breaching Article 2.21 and two more for breaching Article 2.5. During Bangladesh’s run chase he was found to have used language, actions or gestures which disparage or which could provoke an aggressive reaction from a batter. The incident occurred in the 23rd over following Avishek Das’s dismissal and it earned him two more demerit points, making it seven in total.

“The match was hard fought, as you would expect in an ICC U19 Cricket World Cup Final, but the elation and disappointment experienced by some players after the game spilled over into unedifying scenes that have no place in our sport,” Geoff Allardice, ICC General Manager Cricket said. “Respect is at the very heart of the spirit of cricket, and players are expected to show self-discipline, congratulate the opposition on their successes and enjoy the success of their own team.

“It is disappointing that Code of Conduct charges needed to be laid after such a closely contested match, but it is important to reinforce the standard of behavior that will be expected of these young players should they transition to senior international cricket.”