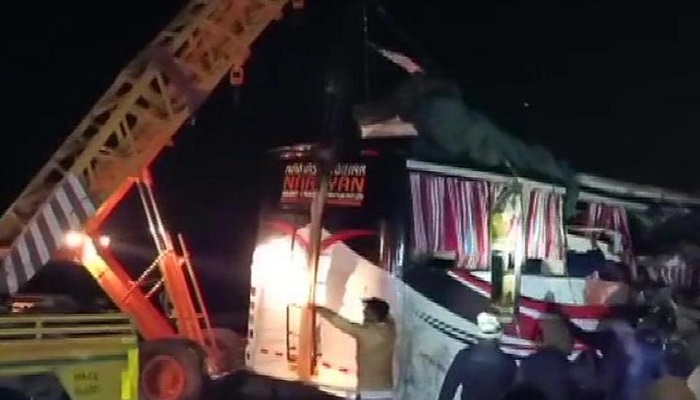 Fourteen people were killed and several others injured when a private bus in which they were travelling rammed a stationary truck on the Agra-Lucknow Expressway late on Wednesday night, the police said.
The injured have been moved to the PGI at Safai in Etawah for treatment. Of those injured, 35 are said to be in serious condition. Sources say that there were around 50 passengers in the sleeper bus.Superintendent of Police (rural) Rajesh Kumar told PTI that the accident took place at around 10 pm on Wednesday in Nagla Khangar Police Station area of Firozabad.

“The sleeper bus was going from Delhi to Motihari (Bihar). The double-decker bus hit the container truck from behind,” he said.