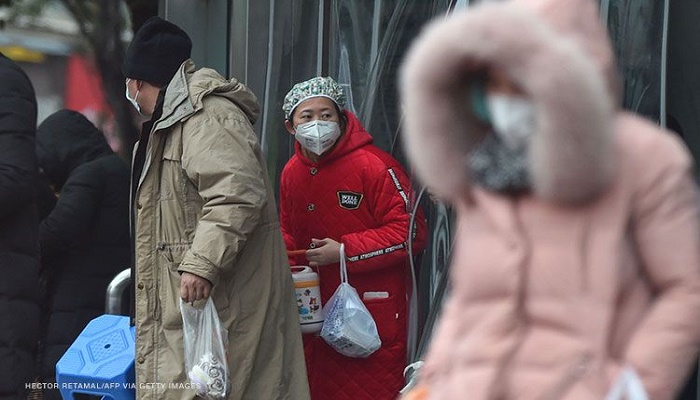 The Hubei health authority reported that 242 more people died from the coronavirus in Hubei province on Wednesday, raising the death toll in the epicenter since the beginning of the outbreak to 1,310, reports CNN.
This brings the total number of deaths in mainland China to at least 1,355.

The global death toll is at least 1,357, with one death in Hong Kong and another in the Philippines.Hubei authorities confirmed an additional 14,840 cases of the virus in Hubei on Wednesday, which brings the total number of cases in the epicenter of the outbreak to 48,206.

The government explained they are now adding “clinically diagnosed cases” in the tally of cases to make it easier for these patients to receive treatment early.

A total of 33,693 patients have been hospitalised in Hubei, including 1,437 who are in critical condition, according to the health authority, adding that 3,441 patients have recovered and been discharged.

The global number of confirmed coronavirus cases has now exceeded 60,015 with the vast majority of cases in mainland China.

China’s National Health Commission is expected to release numbers for all of China’s provinces later.