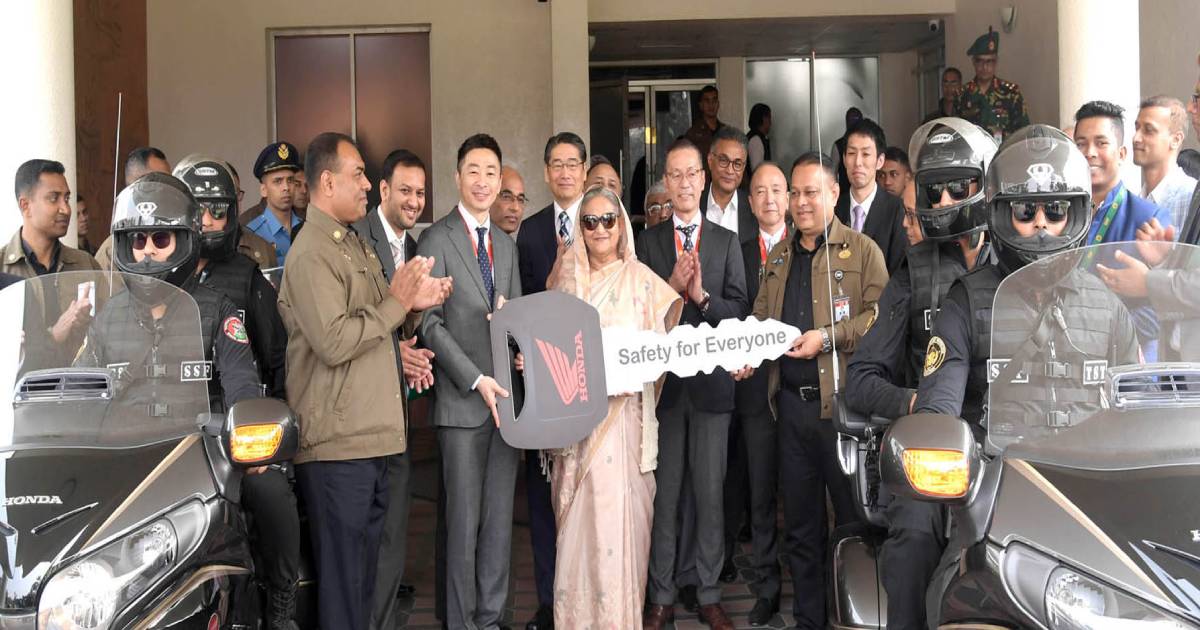 Prime Minister Sheikh Hasina was present at the programme.

PM’s Press Secretary Ihsanul Karim told reporters that six more motorcycles of this brand will be handed over to the SSF shortly.

Honda, along with its partner BSEC under the Ministry of Industries, has invested a total of Tk 3.6 billion on buildings, facilities, equipment, and a land area of 25 acres for its new factory at Abdul Monem Economic Zone in Munshiganj district.