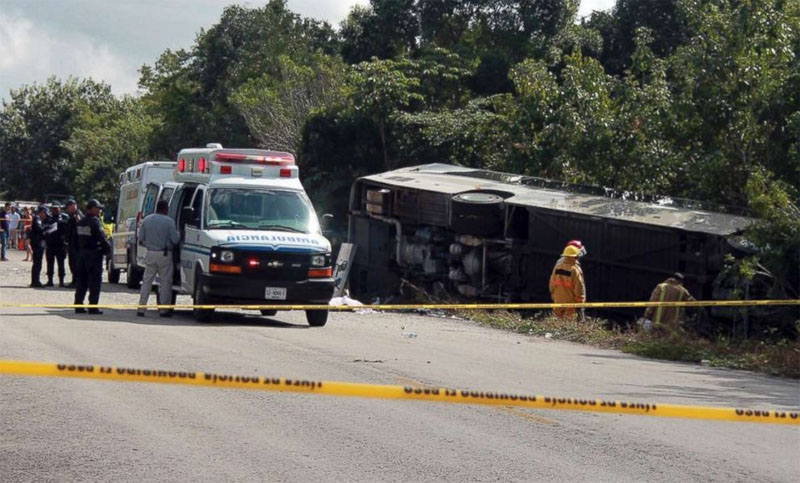 At least eight people were killed and six others injured after a van collided with a tractor-trailer Friday in the northern Mexican state of Durango, local authorities have said.
According to preliminary reports, at around 7:15 local time (1315 GMT), a van crashed into a parked tractor-trailer near kilometre 5 of the highway connecting the villages of San Miguel de Cruces and Coyotes, part of the municipality of Pueblo Nuevo.

Six men and two women died at the scene, and rescue workers brought the six injured to hospitals in El Salto city and the state capital city of Durango, according to authorities.Pueblo Nuevo city mayor Adrian Chaparro said on his Facebook account that those involved in the crash were employed at a factory located in El Salto, southwestern Durango.

2020-02-22
Mr. Admin
Previous: Bangladeshi infected with coronavirus in UAE
Next: Karisma Kapoor is the stressed ‘momzilla’ of 3 kids