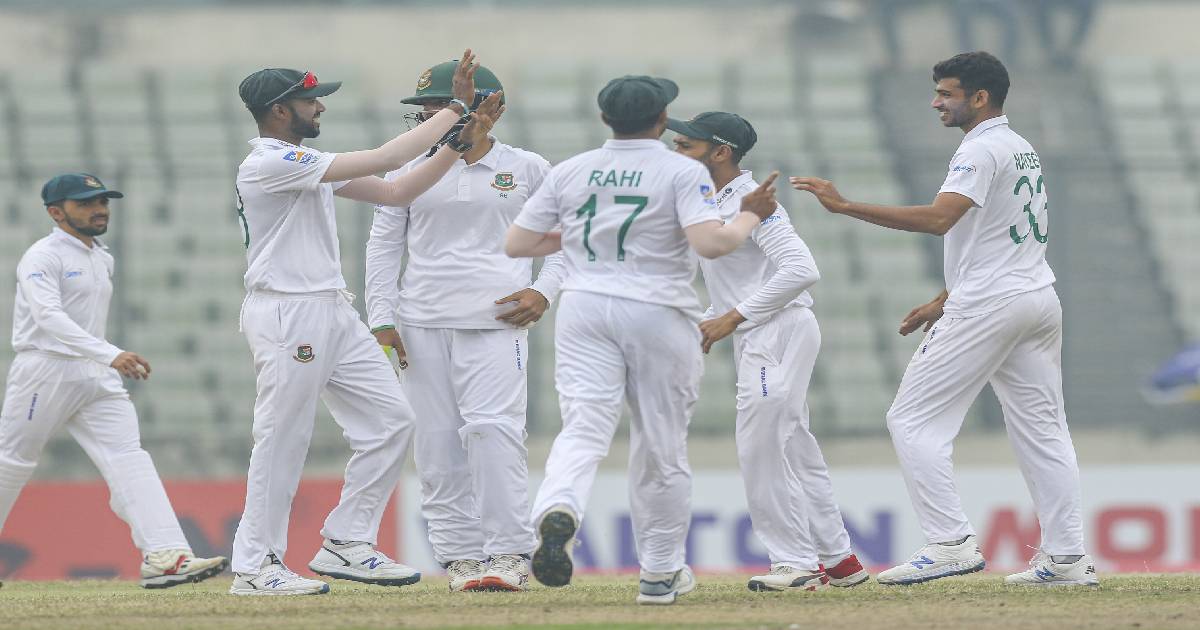 Zimbabwe continue to struggle as Bangladesh bowlers tighten the noose in the ongoing Dhaka Test at Sher-e-Bangla National Cricket Stadium.

At lunch on day four, the tourists still need 181 runs to avoid an innings defeat with only five wickets in hand while Bangladesh need five wickets to win a Test after a gap of more than a year.

Zimbabwe ended day three at nine for two in five overs. They lost three more wickets in the first session of day four and placed the hosts firmly in the driver’s seat.

Taijul Islam took the first wicket of the day removing Kevin Kasuza for 10 while Nayeem Hasan took his third wicket removing the veteran Brendan Taylor for 17.

In the fifth wicket stand, Craig Ervine and Sikandar Raza added 60 runs on the board. They looked comfortable in the middle until Bangladesh captain Mominul Haque ran out Ervine after the Zimbabwe skipper scored 43.

Zimbabwe were batting at 114 for five in 32 overs at the lunch, with Sikandar and Timycen Maruma were unbeaten for 33 and 3 respectively.

Earlier, Bangladesh posted 560 for six in their first innings and declared in reply to Zimbabwe’s first innings of 265. Mominul Haque (132) and Mushfiqur Rahim (203*) were the top performers for the Tigers.