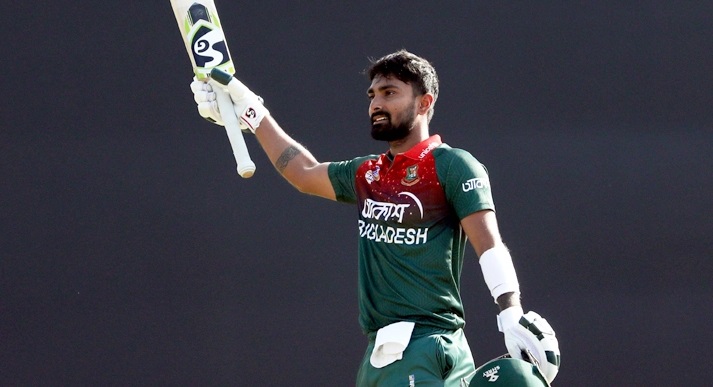 Bangladesh piled up 321 for six against Zimbabwe in the first ODI of three-match series at Sylhet International Stadium on Sunday.
Liton Das scored a magnificent century hammering 126 off 105 while middle order batsmen Mithun and Saifuddin scored 50 of 41 and 28 off 15 respectively.

Earlier, Bangladesh have won the toss and opted to bat first.Zimbabwe handed Under-19 allrounder Wesley Madhevere an ODI debut.

Mortaza returned to the side after leading the team to eighth place in the World Cup in England last year.

Bangladesh are looking to show the same dominance that they have demonstrated in the one-off Test winning the match by an innings and 106 runs.

It is only the second ODI at the Sylhet venue. The first and previous ODI was played in Sylhet back in 2018 between Bangladesh and West Indies.