Bangladesh choose to bat first against Zimbabwe in 2nd ODI 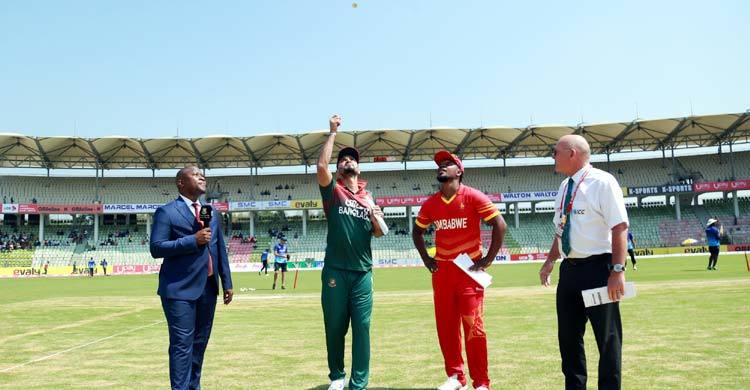 Bangladesh have won the toss and opted to bat first against Zimbabwe in the second ODI of three-match series at Sylhet International Stadium on Tuesday.
Bangladesh are looking to show the same dominance that they have demonstrated in the previous ODI on Sunday.

Before heading to this game, Bangladesh and Zimbabwe faced each other in 73 ODIs with Bangladesh winning 45 of them, and Zimbabwe winning 28.It is only the third ODI at the Sylhet venue. The first one was played in Sylhet back in 2018 between Bangladesh and West Indies. And the second one was held on Sunday that Bangladesh won by record 169 runs.

The remaining matches will be played on March 6. After the ODI series, both teams will lock horns in a two-match T20I series in Dhaka respectively on March 9 and 11.