Biman suspends all flights except to London, Manchester over coronavirus 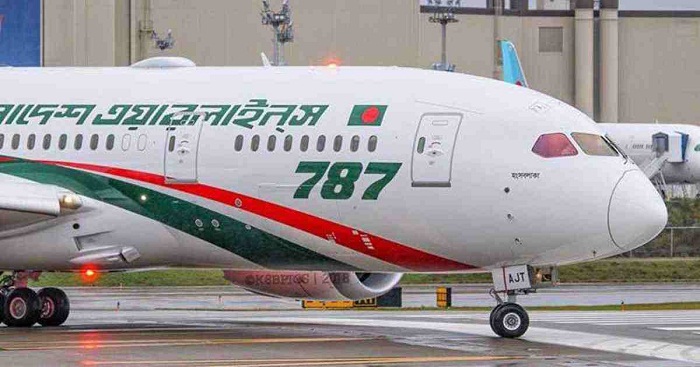 Bangladesh has suspended flights to all routes except for two – London and Manchester – until April 15 following the global outbreak of coronavirus.
Biman’s flight suspension to Jeddah, Madina, Riyad, Dammam, Kuwait, Doha, Masqat and Bangkok have been extended till April 5, Abu Dhabi till April 7, Dubai till April 9, Singapore up to April 11, Kathmandu as of April 12, Kuala Lumpur till April 14 and Kolkata and Delhi till April 15, an official said.

The National flag carrier is still operating its flights on routes to London and Manchester, Biman’s Managing Director and Chief Executive Officer Mokabbir Hossain revealed the information using social media.Biman had to suspend its flights bound to 15 out of 17 international destinations one by one due to traveler’s ban imposed by Bangladesh government and other countries to contain outbreak of the coronavirus.

The national flag carrier had also suspended flights on all seven domestic routes for an indefinite period as per the government desperate efforts to holdback mass mobility.