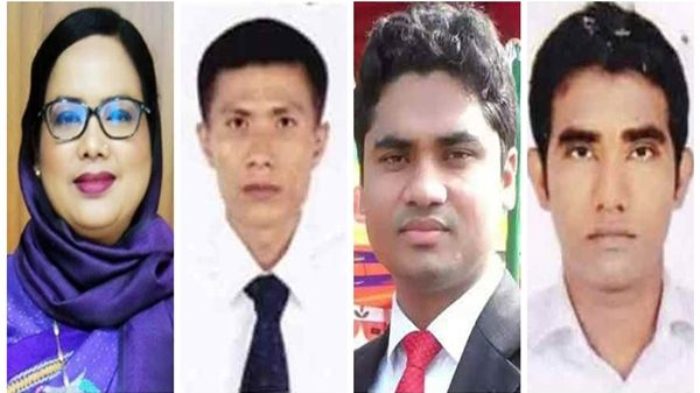 A departmental case has been filed against Kurigram Deputy Commissioner Sultana Pervin and three of her colleagues.
The authorities also sent show cause notices to them asking to reply within ten days as to why they should not be suspended  temporarily from their jobs.

Earlier on March 16, DC Sultana Pervin and three of her colleagues were withdrawn following their controversial role in the conviction of a journalist in the district.

On March 14, Ariful Islam, Kurigram district correspondent of Dhaka Tribune and Bangla Tribune, was sent to one-year in jail, soon after the mobile court, set up at the Kurigram DC’s office, ended the trial proceedings.

The mobile court in the dead of night jailed the journalist for a year, after law enforcement led by magistrates picked him up from his home in Kurigram town.

The mobile court brought an allegation against the journalist that drugs and alcohol were recovered from his possession, which his family termed absurd.