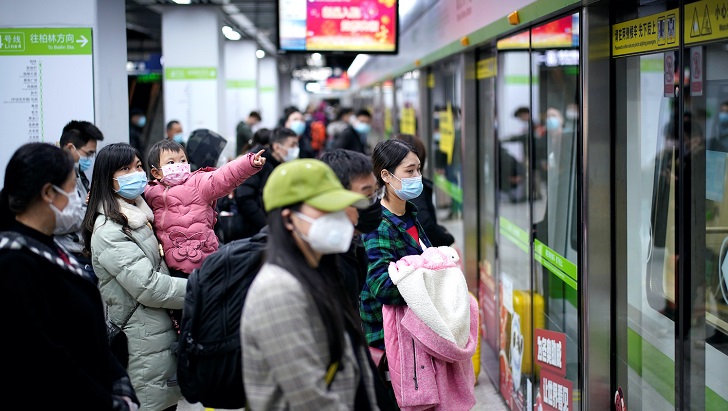 The lockdown of Wuhan, central China’s Hubei Province, was effective in containing the COVID-19 spread during the early stages of the outbreak and significatnly helped cut the infection rates in other places, a report recently published by a Hong Kong university said.
Infections would have been 64.8 percent higher in Chinese cities outside Hubei, and 52.6 percent higher in the cities of the province, except Wuhan, if the government had not acted to shut the city, according to the research of the Chinese University of Hong Kong (CUHK).

“We find that the lockdown of the city of Wuhan contributed significantly to reducing the total infection cases outside of Wuhan, even with the social distancing measures later imposed by other cities,” said Yang Yang, one of the researchers and assistant professor of the CUHK’s Business School.The research showed the lockdown cut the outflow of people from the city by 56.4 percent compared to if a quarantine had not been in place, and also reduced the inflow by 76.6 percent and movement within the city by 54.2 percent.

Yang stressed that the results of the study will have strong implications on other countries in their fight against the COVID-19. “It appears that after implementing various control measures, cities adopting an extended lockdown can flatten the upward trajectory of the virus.”

In the face of the rapidly-spreading COVID-19, many governments worldwide have put epidemic-stricken cities in lockdown.

As the virus outbreak continues to subdue in China, Hubei has removed all highway checkpoints to resume outbound traffic, except those of Wuhan. All remaining checkpoints in Wuhan will be removed on April 8, when the hardest-hit Chinese city in the outbreak plans to lift outbound travel curbs after over two months of lockdown.

The research was conducted by Yang in collaboration with Hanming Fang at the University of Pennsylvania and Long Wang of ShanghaiTech University.