Man killed wife, kids, dog and himself on coronavirus lockdown in UK 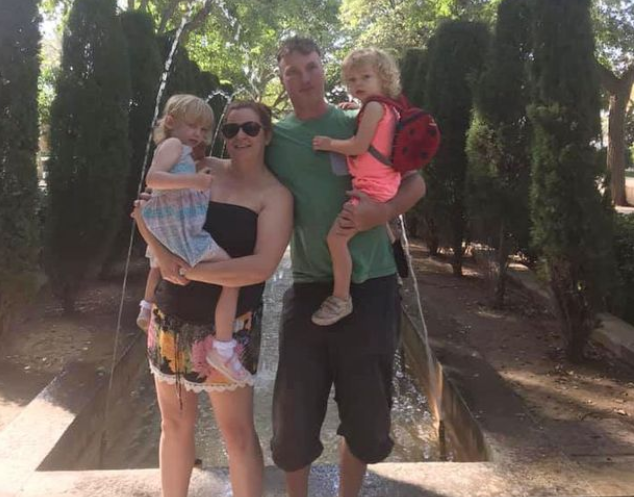 A man who allegedly shot dead his partner, two daughters, pet dog and then himself has been described as a ‘bully’ and ‘nasty piece of work’ by neighbours.
The bodies of Robert Needham and Kelly Fitzgibbons and their two daughters Ava, 4, and Lexi, 2, were found at their family home in Woodmancote in West Sussex.

Robert, 40, is believed to have shot his family, minus his mother, and then taken his own life on Sunday evening, six days into the UK’s coronavirus lockdown.Police have said they are treating the deaths as an ‘isolated incident’ and they are not looking for anyone else in connection with the murders.

Yesterday Robert’s mother Maureen Needham, 77, confirmed the tragedy – and hinted that she may have even been in the property at the time of the deaths.
In a now-deleted Facebook post to a friend, Mrs Needham said: “It was Robert, Kelly and my lovely grandchildren that all died upstairs.”

A former next-door neighbour of the couple has described Robert as a ‘nasty piece of work’, who she would take care to avoid. “Kelly was all right but he was a bully,” she told the Mail Online.

“He was rude, he let that dog out at all hours of the night. She was nice but I kept away from him.

“He was ignorant and also made a lot of noise but he would complain to my landlord about me exercising in the house at tea time… I just didn’t want to get into a confrontation with him.”
The deaths came just two days after Ms Fitzgibbons posted a series of photos on Facebook of her family out in the countryside last Friday under the heading “our walk for the day”, after government advice only to leave the house for exercise or essential shopping amid the coronavirus crisis.

Sussex Police went to the three-bedroom home at 6.45pm on Sunday after receiving a call raising a welfare concern for the residents.All four were pronounced dead at the scene, along with the dog, which was a Staffordshire Bull Terrier called Bill.

Post-mortem examinations and formal identification are yet to take place, they said.

Robert Needham had been building an extension for he, his partner Kelly and their young children to live in after moving back to his mother Maureen’s £500,000 home in the leafy village, according to neighbours.
Needham owned a company called Needham Building Services which specialised in domestic construction, but this was dissolved last October.

“I’ve known the family a very long time. We got on well as neighbours.

“As far as I know they were a fairly close-knit family, just normal, but not in each other’s pockets,” he said.