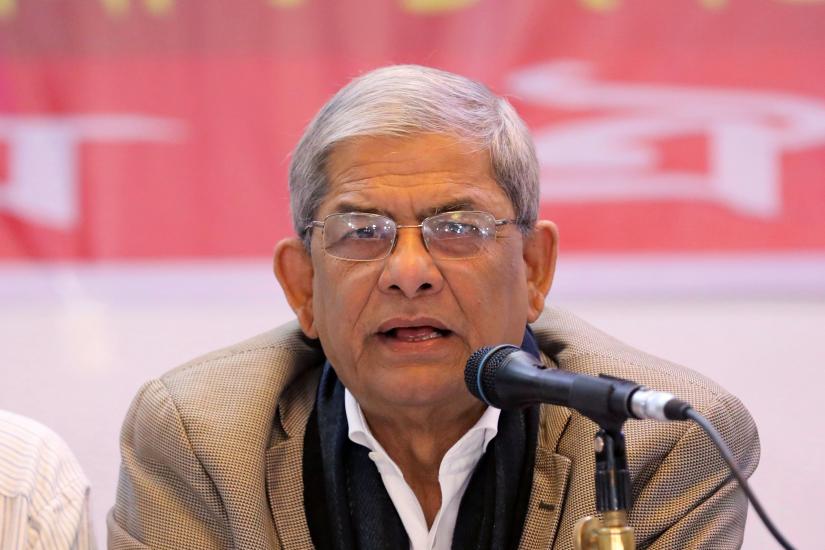 BNP on Saturday demanded the government form a special fund of Tk 87,000 core to tackle the impacts of coronavirus on the country’s economy.
The party has proposed allocating Tk 61,000 core for the ‘short-term sector’, Tk 18,000 crore for ‘medium-term sector’ and Tk 8,000 crore for ‘unforeseen sector’.

BNP secretary general Mirza Fakhrul Islam Alamgir made the demand by presenting a 27-point package proposal at a press conference at party chairperson’s Gulshan office.”A special fund of Tk 87,000 with three percent money of the GDP will have to be declared to implement some short-term and long-term initiatives to protect the economic sector,” he said.

Besides, Fakhrul said, a revised financial package must be announced after the withdrawal of shutdown so that the economic activity can fully be restored as it was before the general holidays.

“The current corona crisis is not only a threat to life but also a disaster for the economy. The common and low-income people are the worst sufferers of it. That’s why we propose taking short- and long-term steps to overcome it,” Fakhrul said.

He called upon the well-off section of society to come forward to stand beside the poor, homeless and destitute with food amid the stalemate in economic activity.

The BNP leader also stressed the need for adopting and implementing coordinated plans on the basis of a national consensus to overcome the coronavirus disaster.