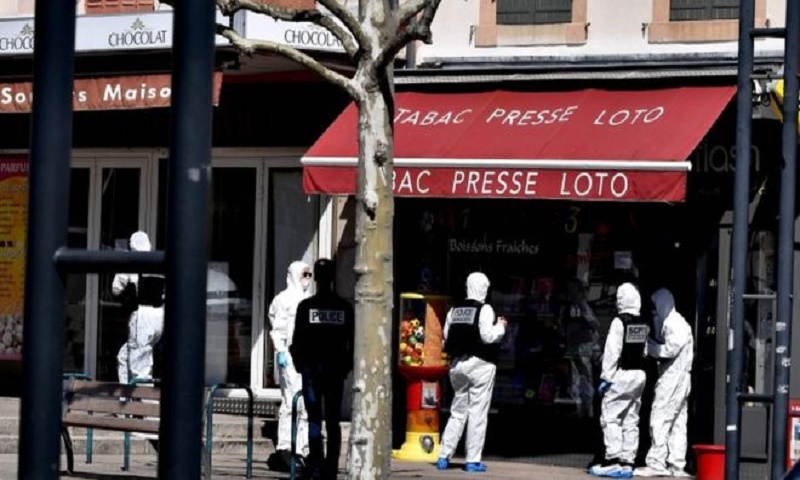 Two people have been killed and five wounded in a knife attack in south-east France, in what the interior minister described as a terrorist incident.
Witnesses said the attacker entered a tobacconist in the town of Romans-sur-Isère, near Grenoble, and stabbed the owners and a customer.

He then went to a nearby butcher’s shop and attacked more people.A suspect, described in French media as a 33-year-old man from Sudan, has been arrested.

At the time of his arrest, the attacker was “found on his knees on the pavement praying in Arabic”, prosecutors said.

The man was not known to the police or intelligence services, news website France Bleu reported, reports BBC.

The motive for the attack remains unclear.

Trump says will not ‘change my mind’ on election fraud claims