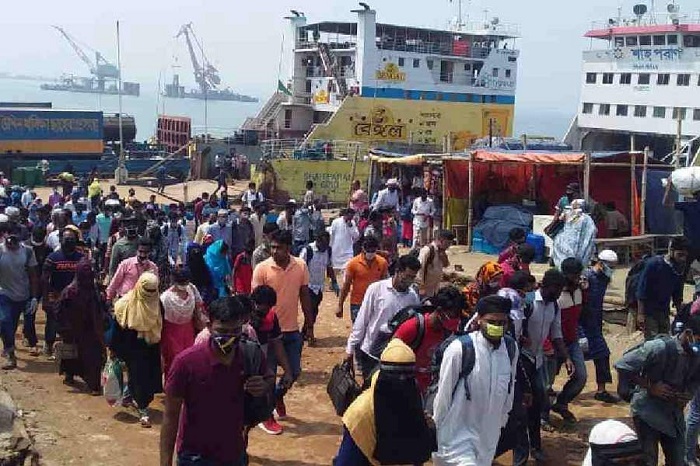 Workers of industrial and readymade garment factories started returning to their workplaces in the capital on Monday amid growing concern over a massive coronavirus outbreak.
People from the country’s south-western part have been gathering at ferry pontoons of Paturia and Aricha since Sunday. Barely any of them had any protective gears.

They are getting on trucks, pick-up vans or rickshaw to reach their destinations while some were seen walk, locals said.Workers are desperate to save their jobs. Some of them said they had to pay excessive fare for transportation due to the shutdown.

Superintendent of Police Rifat Rahman Shamim said local administration should have stopped the returnees to leave their houses.

“We can’t stop them in the middle of the journey as it can trigger more chaos,” he said.

Police are on the look out to stop any mass gatherings, he added.

On April 23, the government extended the general holidays until May 5 to tackle the worsening coronavirus situation.