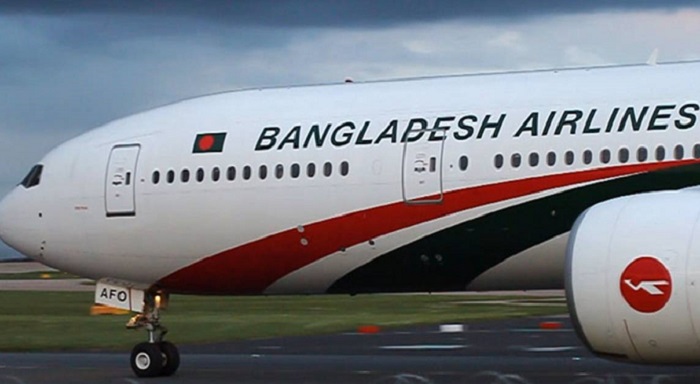 Around 154 people, mostly Bangladesh-origin British citizens left Dhaka for London on a chartered flight of Biman Bangladesh Airlines on Sunday.
The flight left Dhaka at 12:09 pm and is scheduled to bring back some stranded Bangladeshis from London on Monday morning.More than 130 Bangladeshi students, who were stranded in the UK since the suspension of international flights between Dhaka and London in the wake of the coronavirus pandemic, will return home by the flight, according to Bangladesh High Commission in the UK.Earlier, 58 Bangladesh-origin British citizens arrived in Dhaka from Sylhet on Sunday morning on a special flight of Novoair Airlines.

Later, they joined the others and left for the UK at noon.

Over 1,800 British nationals have so far left Bangladesh for the UK by nine chartered flights between April 21 and May 7, according to British High Commission in Dhaka.

The UK government committed up to £75 million to help thousands of British people return home.