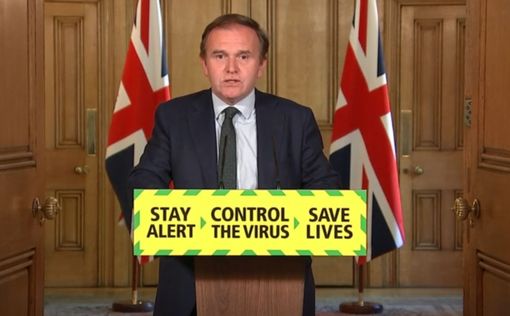 The total number of deaths across the UK since the coronavirus  pandemic began has now topped 35,000.

They have increased by 545 across hospitals and care homes – the largest increase in a week, however the death toll continues to trend downward overall.

Six of those who died in England in hospitals had no known underlying health condition. Those victims were aged between 45 and 90, the NHS said.

He said 35,341 people had died in hospitals, care homes and the wider community after testing positive for coronavirus in the UK as of 5pm on Monday, up by 545 from 34,796 the day before.

The latest daily death toll rise figure has lifted compared to last week’s total of 425 on Tuesday, May 12.

The death toll has typically lifted after the weekend throughout the pandemic.

But the country’s true coronavirus death toll is much higher.

It is now estimated at more than 44,000 as new data from the Office for National Statistics (ONS) revealed the number of fatalities is 10,000 higher than the Government’s count.

Data from the ONS revealed that by May 8, the number of Covid-19 deaths in England and Wales was 39,006 – compared to the figure of 29,349 previously declared by the Department for Health. 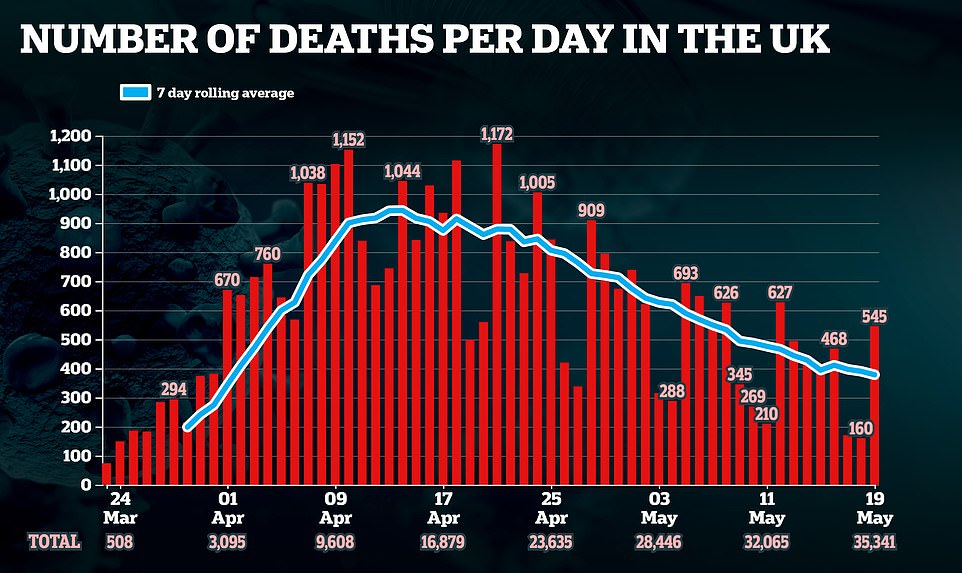 It brings the current true death toll to more than 44,000 when Scotland and Northern Ireland’s deaths are accounted for, and those confirmed by NHS England on dates after May 8.

The Government yesterday expanded its eligibility for Covid-19 testing to anyone over the age of five with symptoms.

The lockdown has been relaxed for England only, as Scotland, Wales and Northern Ireland shunned Mr Johnson’s shift from a ‘stay home’ to a ‘stay alert’ campaign.

People in England are now allowed to exercise however many times they wish a day, meet with one person at a time from another household in parks as long as they stay two metres apart, sunbathe, and drive wherever they like.

People who cannot continue to work from home have been encouraged to return to workplaces, leading to concerns about social distancing guidelines and safety on public transport.

However Wales and Scotland have made it clear that people should not drive across borders from England, as leaders declined to follow England’s lockdown rule-changes.

Families are also bracing to send children back to school from June 1, although some councils including Liverpool have defied the government’s orders, declaring it is not yet safe for pupils and teachers to return.

Coronavirus: Test and trace system will start on Thursday