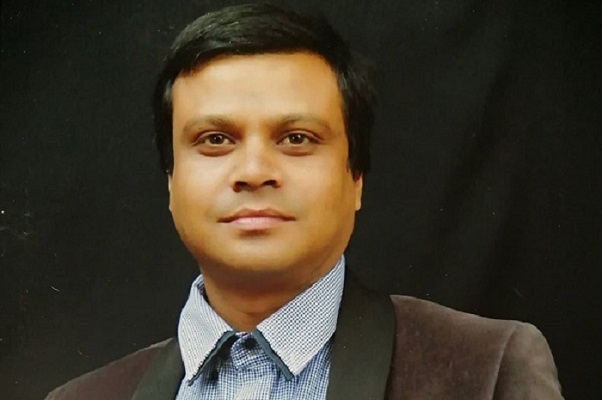 The editor and publisher of a local newspaper of Habiganj district arrested in a case filed under the digital security act and landed in jail on Thursday.

The arrestee was identified as Engineer Sushanto Dasgupta, editor and publisher of the daily “Amar Habiganj”.

Habiganj police arrested Sushanto on Thursday morning from Chirakandi area in Sadar upazila in a case filed under digital security act for publishing reports against the local lawmaker.

According to the case statement, the accused published fake news about Habiganj-3 lawmaker Md Abu Zahir on Dainik Amar Habiganj and shared it on Facebook.

Rabiul Islam, Assistant Superintendent of Police (ASP) of Habiganj Sadar circle, confirmed the matter adding that the arrested editor was taken before the court in noon and later he was sent to jail as per court order.

Habiganj Press Club general secretary Sayeduzzaman Zahir filed the case against four persons including the daily Amar Habiganj editor while journalist community across the country has been demanding the abolition of the law.

When asked, Sayeduzzaman Zahir told that lawmaker Abu Zahir from Habiganj-3 constitution is a lifetime member of the Habiganj Press Club. Accused editor Sushanto Dasgupta has been publishing false news against him in his newspaper the daily Amar Habiganj. At the same time he also running this propaganda on Facebook.

“So I had filed a case on behalf of the press club for defaming the members of the organization,” Sayeduzzaman said.

However, the plaintiff in the case, the general secretary of the local press club, did not want to give any answer about the propaganda against MP Zahir that was published in the daily.