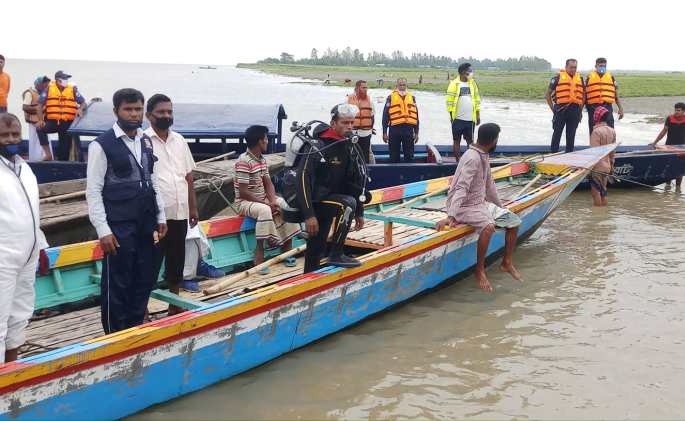 Four more bodies were recovered on Thursday morning after a boat capsized in the Jamuna River in Chauhali upazila of Sirajganj on Tuesday afternoon, raising the death toll to nine.
The identities of the deceased could not be known yet.

Earlier, five bodies were recovered after the boat capsized in the Jamuna River.

The deceased are Pashan Fakir, 65, and Naim, 6, son of Shamim Hossain of Goinakandi village in Belkuchi upazila, Sheikh Kamal Molla, 45, of Subarnatali village in Nagorpur upazila in Tangail, Afzal, 32, son of Abdur Rashid in Koizuri area in Shahajadpur upazila and an unidentified youth aged about 30.

Confirming the identities of the deceased, Masud Parvez, officer-in-charge of Enayetpur Police Station, said the rescue operation is underway.

The engine-run boat sank near Sathalchar area with 70 passengers on board while going to Chauhali from Enayetpur at around 1:30pm on Tuesday, said Rashedul Islam Biswas, officer-in-charge of Chauhali Police Station.Fifty two passengers managed to swim ashore immediately. On information, members of Police and Fire Service went to the spot and launched rescue operation, he added.