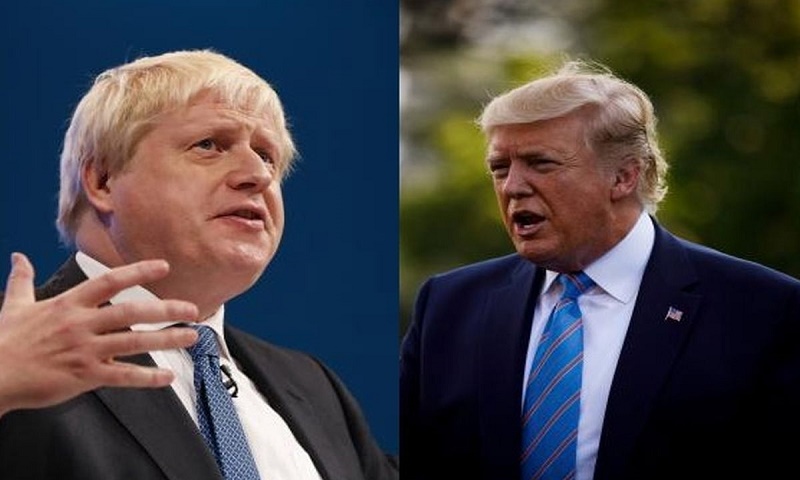 US President Donald Trump and UK Prime Minister Boris Johnson held a telephonic conversation on Friday, discussing the global response to coronavirus.
According to the Downing Street, the two men spoke about the “ongoing international co-operation to develop a vaccine”, the BBC reported.Vaccines trials have already begun across the world, including in the US and UK.

A Number 10 spokesman said that both the leaders have also discussed the next G7 summit scheduled to be held in Washington next month, stressing the “importance of leaders meeting in the US in person if possible”.