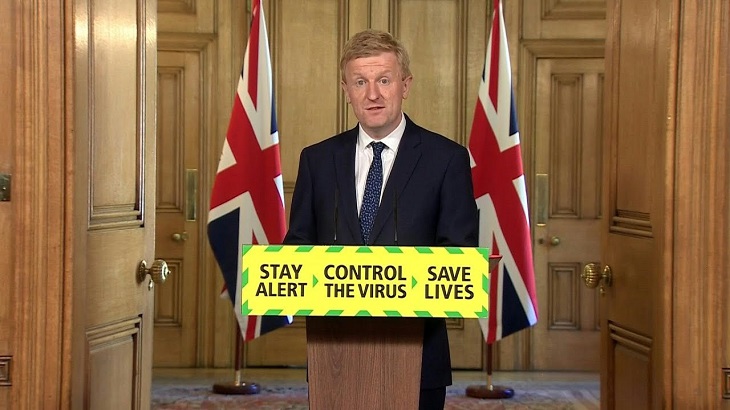 More than 4 million coronavirus tests have been carried out, with over 127,000 tests performed yesterday, according to the UK government.
Culture Secretary Oliver Dowden said 38,376 people had died in hospitals, care homes and the wider community after testing positive for coronavirus in the UK as of 5pm on Friday, up by 215 from 38,161 the day before.

Deputy chief medical officer Professor Jonathan Van-Tam, discussing the latest statistics, said he had noticed “some increase” in cases in the past few days. 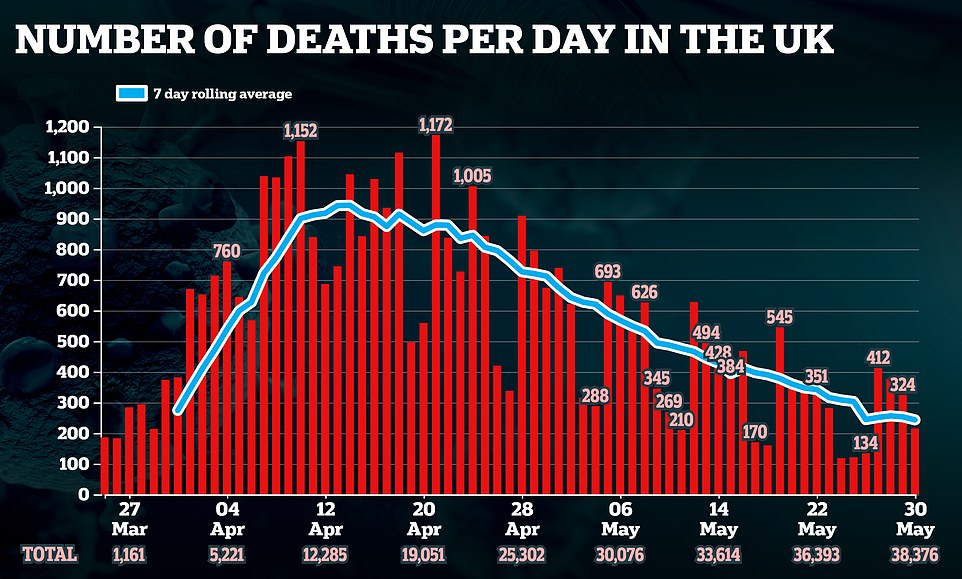 But he added: “I want to be clear that that is a trend that we have seen before in these data and what is rather more important is that you look at the seven-day rolling average which continues to show a clear downward trend, and that is important.”

Mr Dowden said the Government wanted to “re-establish some normality in other parts of our lives” as he announced the return of live sport.

He told the Downing Street daily briefing: “For more than two months after sport stopped and after weeks of round-the-clock discussions with medical experts and professional sports bodies, I’m delighted to announce today that the Government has published guidance which allows competitive sport to resume behind closed doors from Monday at the earliest.”

He said that: “Football, tennis, horseracing, Formula 1, cricket, golf, rugby, snooker and others are all set to return to our screens shortly.”

The official figures for Saturday, May 30 remain eclipsed by the UK’s true death toll.

The true figure, collated by the Office for National Statistics, is more than 47,300 based on death certificates from England, Wales, Scotland and Northern Ireland.

The latest grim figures were issued on a sunny weekend, as heatwave weather across the UK saw crowds flock to beaches, parks and beauty spots ahead of lockdown being eased.