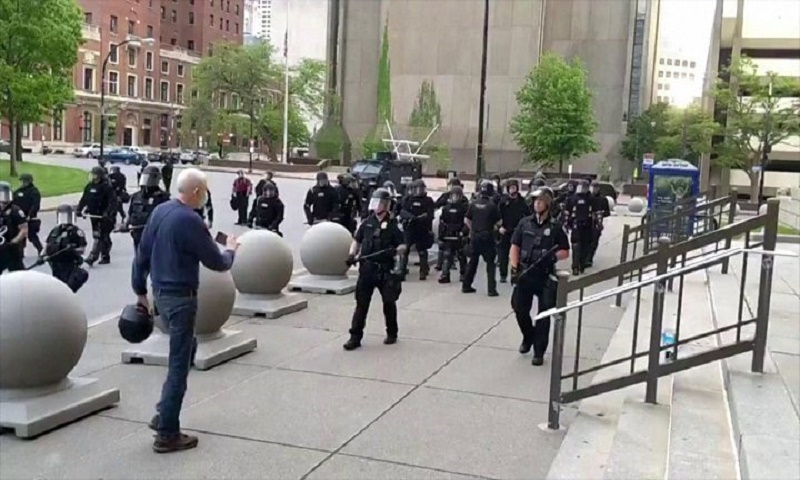 An entire tactical unit of a US police department has quit after two officers accused of brutality were placed on unpaid leave, reports local media.
In a video that went viral on Thursday, officers in the city of Buffalo, New York, were seen shoving an elderly man to the ground, BBC reported.

The 75-year-old was seriously injured, and taken to hospital.

All 57 officers in the riot squad have now reportedly resigned in protest at their two colleagues’ suspension.

According to the Buffalo News, the members have stepped down from the Emergency Response Team, but not the police department itself.