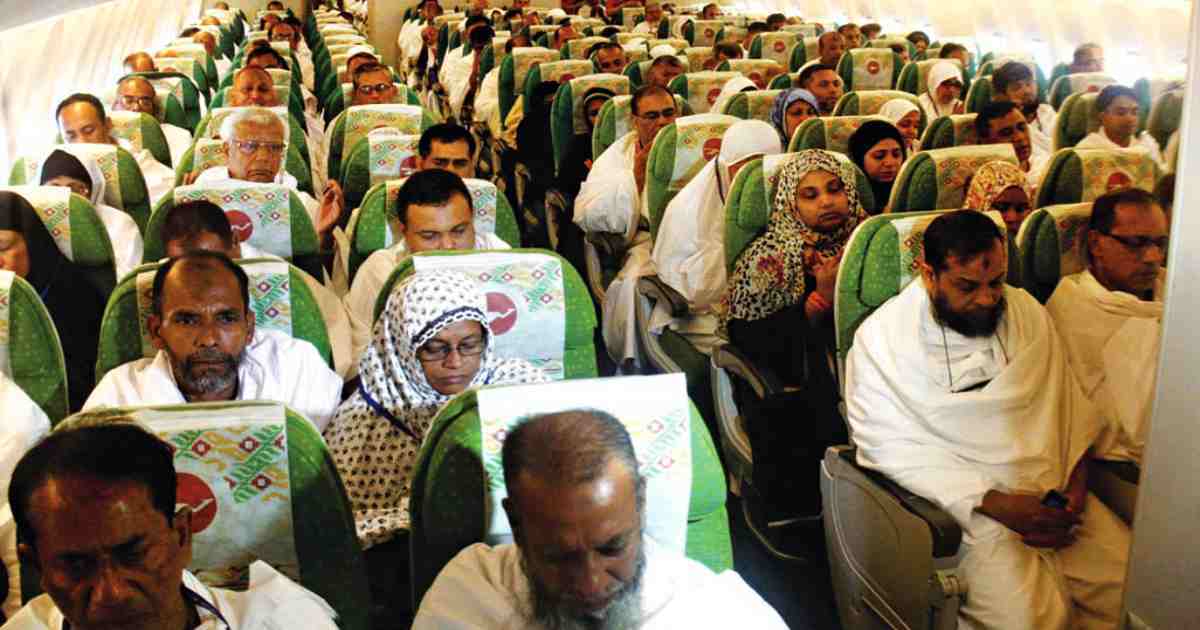 State Minister for Religious Affairs Sheikh Mohammad Abdullah on Friday said Saudi Arabia, the host country of Hajj, is likely to take a decision over this year’s congregation by June 15.

Abdullah said they are in touch with the Kingdom. “We’ll determine our next step after consulting Prime Minister Sheikh Hasina once the host country takes a decision over Hajj,” he told.

“We’re prepared for any sort of decision.”

He said the registration process of the aspirant Hajj pilgrims has already been completed and noted that the authorities are ready to send pilgrims on a short notice.

This year, the number of aspirants was low due to the coronavirus pandemic.

If Saudi Arabia decides not to host Hajj congregation this year because of the pandemic, the aspirants who have registered will get priority next year.

“Those who’ve already deposited money for Hajj don’t need to worry. You’ll get priority next year. Even the amount will be returned if you change your mind in the meantime. I Guarantee that,” Abdullah said.

Shahadat Hossain Taslim, president of Hajj Agencies Association of Bangladesh (HAAB), told UNB that they’ve completed registration process of the aspirant pilgrims and are ready to send them once Saudi takes a positive decision.

This year, 137,198 Bangladeshis were scheduled to go to Saudi Arabia to perform hajj – 17,198 under government management and 120,000 under private management.

According to Religious Affairs Ministry, 64,594 people registered to this year — 3,457 under government management and 61,594 under private management.

In February, the Cabinet approved the draft Hajj Package-2020, fixing minimum cost for an intending pilgrim at Tk 3.15 lakh under package-3 managed by the government.

In March, the authorities of Saudi Arabia issued a directive asking their Bangladeshi counterpart to suspend activities related to Hajj until further notice. But Bangladesh continued the registration process until April.

This year, Hajj is expected to take place on July 30 (9 Zilhaj) subject to the sighting of the moon.

Saudi Arabia, like rest of the world, is grappling with the highly contagious coronavirus. Until Friday, the kingdom had 95,748 confirmed cases. Amid the outbreak, it has been very difficult to hold regular congregations.

But cancelling the hajj would mean a massive economic hit for the country and many businesses globally. Millions of Muslims visit the kingdom each year, and the pilgrimage has not been cancelled since the founding of the Saudi Kingdom in 1932.

There are reports that the first time an epidemic of any kind caused hajj to be cancelled was an outbreak of plague in AD 967. And drought and famine caused the Fatimid ruler to cancel overland hajj routes in AD 1048, reports AP.

Meanwhile, throughout the 19th century, Cholera outbreaks in multiple years, claimed thousands of pilgrims’ lives during the Hajj.

For much of the 19th century and the beginning of the 20th century, cholera remained a “perennial threat” and caused frequent disruption to the annual hajj.

So did the plague. An outbreak of cholera in India in 1831 claimed thousands of pilgrims’ lives on their way to perform Hajj.

Hajj was frequently interrupted throughout the mid-19th century with so many outbreaks in such quick succession.