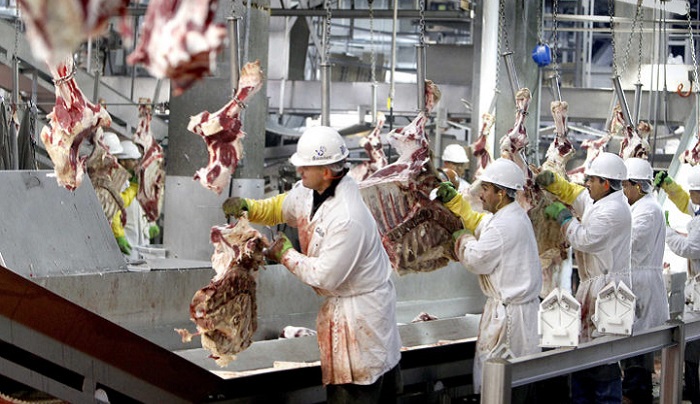 UK authorities have shut down a meat processing plant and a chicken factory following similar closures in Germany and France in response to new coronavirus outbreaks.

Production at the chicken processing plant in Wales was halted on Thursday and the staff told to self-isolate for two weeks after testing detected 58 new cases.

A meat processing plant voluntarily closed near the northern English city of Leeds in response to an outbreak that was revealed by Health Secretary Matt Hancock on Thursday.

The Asda meat plant did not disclose how many infections were detected or when production was suspended.

“As a precautionary measure we have voluntarily closed the site to protect colleagues and prevent any further transmission,” it said in a statement.

Britain’s officials virus death toll of 42,288 is Europe’s highest and third globally behind the United States and Brazil.

But its infection rates have been falling and health authorities on Friday lowered the coronavirus alert level from four — the second-highest — to three.

The new virus clusters in Britain appear to be much smaller than the one in Germany and similar in size to one in France.

More than 700 people tested positive after an outbreak at a slaughterhouse in Germany’s most populous state of North Rhine-Westphalia.

Two slaughterhouses were shut near the northwestern French city of Rennes after more than 100 infections.

The United States and some other European countries have also been forced to shut down meat and chicken processing facilities in the past weeks and months.

Health officials say workers there are especially vulnerable because they spend many hours working in close quarters.

Britain and most European countries plan to impose local shutdowns rather than national ones should new clusters emerge as months of restrictions ease.