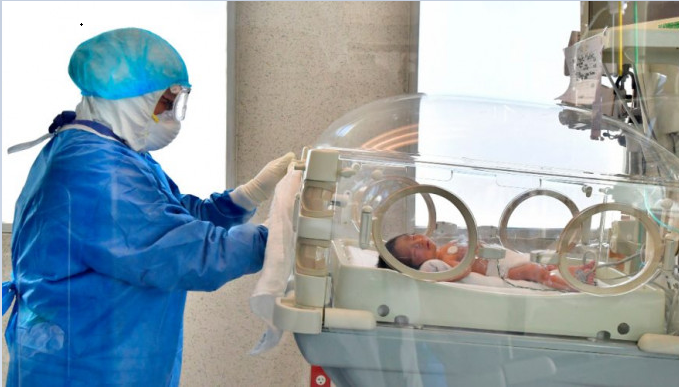 A set of premature triplets born in Mexico are “stable” and “evolving favorably” after testing positive for Covid-19, according to local health officials.

The triplets were born in the central Mexican state of San Luis Potosí and tested for coronavirus on June 17 in compliance with the state’s health protocols on premature births, according to the state’s Health Secretary Monica Rangel. The test results came back positive three days later, heath authorities said.

“The triplets we are monitoring are stable. They are evolving favorably. One of them continues using an antibiotic, but they are doing well. We hope this continues so they can be reunited with their parents soon,” Rangel said Wednesday during a news conference.

The parents of the triplets both tested negative for coronavirus, according to Rangel. She said they have been able to see their newborn babies through video calls.

“What we need to look at is a situation where perhaps [the virus] is being transmitted through the placenta. That’s not something that we can be sure of.

Those are theories that we have to look at. It’s a new virus. There still is not literature available internationally on this issue, but it will be worth reviewing,” Rangel said.

CNN reached out to health services for San Luis Potosí state for any further information on how the triplets contracted coronavirus but have yet to receive an answer.

Mexico is closing in on 200,000 coronavirus cases. On Tuesday, the country recorded another daily record of confirmed cases with the health ministry reporting 6,288 new cases. That brings the country’s total to 191,410.

The ministry said there were 793 new deaths from the virus, bringing the country’s death toll to 23,377.
Health authorities yesterday said the case was “unheard of” and “a very relevant scientific feat.”

They said they were investigating several potential sources of contagion such as the mother’s breast milk. One of the babies had developed a respiratory infection but was “responding well to antibiotics,” officials said.

“Now that we have the negative result of the PCR [polymerase chain reaction] tests done on both parents, the case it’s even more relevant, not only for the investigation our doctors in the state are doing but for the worldwide research on the behavior of the virus itself,” said Rangel.

The triplets were born in the Ignacio Morones Prieto Central Hospital.