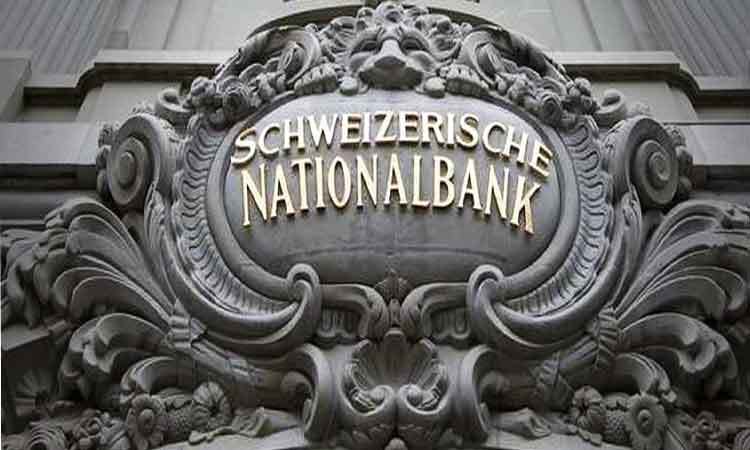 Bangladeshis’ deposits in Swiss banks dropped by 2.26 percent year-on-year in 2019 to 603 million Swiss francs or Tk 5,427 crore, according to the Swiss National Bank (SNB).

The amount was Tk 5,553 crore in 2018 and Tk 4,329 crore in 2017, according to the report.
The SNB revealed the data in its annual report, titled “Banks in Switzerland 2019”, published on Thursday. The report, however, did not shed any light on the alleged black money held by Bangladeshis.

Pakistan was able to bring the figure down by over 50 percent to only 359 million Swiss francs and India by over 5 percent to 892 million CHF.

While Pakistan saw a significant fall in its funds in Swiss banks, Bangladesh has come second in South Asia after India in terms of depositing money with the banks for the first time since the SNB began to reveal the country’s name in its reports 24 years ago.

Only Afghanistan in the region saw a positive growth in the total deposited amount in Swiss banks last year.

Money parked by Indians in Swiss Banks fell for the second straight year — this time by CHF 55 million, or 5.8 per cent, to CHF 899 million (Rs 7,100 crore) — in 2019. While the figure was at its highest at CHF 6.46 billion in 2006, it stood at CHF 1.81 billion (Rs 14,400 crore) in 2014 when Indian incumbent government came to power, and it has come down in line with the Centre’s steps over the last few years to curb black money in the economy and following the setting up of new framework in 2016 that allowed exchange of information between Switzerland and India to help check the black money menace.