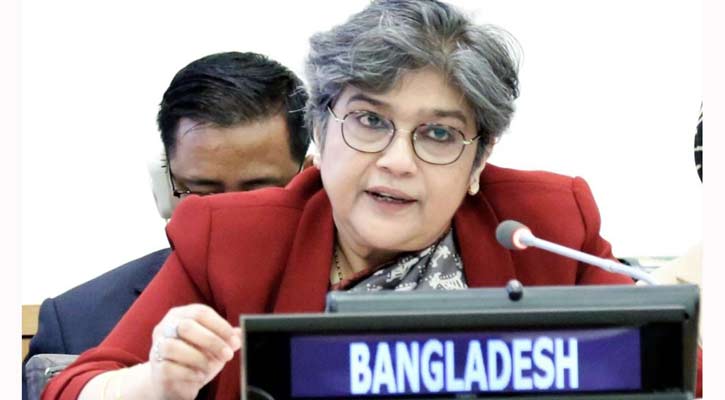 Bangladesh Permanent Representative to the UN Rabab Fatima has said they will require access to equitable sharing of marine resources, especially in areas beyond national jurisdiction to fully realize the potentials of blue economy for the socio-economic development of the country.

Ambassador Fatima made the remarks while speaking at the “Ambassadorial Briefing on Equitable sharing of benefits from sustainable development of seabed resources: Opportunities for LDCs, LLDCs and SIDS” held in New York recently.
“To fully realize the potentials of the Blue Economy for our socio-economic development, we would require access to equitable sharing of marine resources, especially in areas beyond national jurisdiction,” she said.

Organized jointly by the International Seabed Authority (ISA), and the chairs of LDCs, LLDCs and AOSIS, the purpose of the high level event was to brief member states about the initiatives taken by ISA to ensure equitable sharing of benefits from the development of deep sea-bed resources, said the Bangladesh Permanent Representative to the UN yesterday (Saturday).

The briefers, which included the ISA Secretary-General Mr. Michael W. Lodge, highlighted the work being done by the ISA in developing regulatory framework for deep sea mining, awarding contracts for exploration of mineral resources and most importantly building capacity that can address the needs of LDCs, LLDCs and SIDs and support them achieving Sustainable Development Goals.

In her statement, Ambassador Rabab Fatima mentioned that Bangladesh is prioritizing on unleashing the full potentials of ocean resources and has made the Blue Economy the new frontier. She stressed on the need of the developing countries to receive support for capacity building and knowledge transfer, particularly in the form of training, secondment of technical staff, facilitating research and studies.

She also spoke about the importance of investment in developing countries to explore the ocean resources for their development. The Permanent Representative reiterated Bangladesh’s commitment to working closely with ISA.