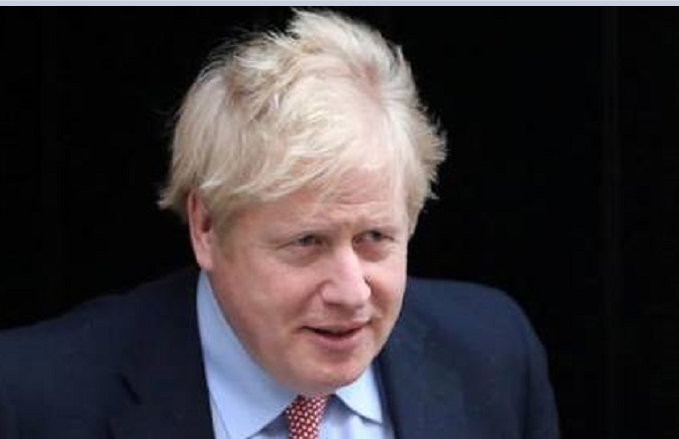 Boris Johnson says now is the time to be “ambitious” about the UK’s future, as he set out a post-coronavirus recovery plan.

The PM vowed to “use this moment” to fix longstanding economic problems and promised a £5bn “new deal” to build homes and infrastructure.

Plans set out in the Tory election manifesto would be speeded up and “intensified,” he added.

Labour and the CBI said he was not focusing enough on saving jobs.

Labour leader Sir Keir Starmer said there was “not much of a deal and not much that’s new”.

It came as new figures showed the UK economy shrank faster than at any time since 1979 between January and March.
In a wide-ranging speech in Dudley, in the West Midlands, Mr Johnson vowed to “build, build, build” to soften the economic impact of coronavirus.

‘Brutally illuminated’
The PM acknowledged jobs that existed at the start of the pandemic might be lost, but said a new “opportunity guarantee” would ensure every young person had the chance of an apprenticeship or placement.

He said the UK “cannot continue to be prisoners of this crisis” and the government was “preparing now, slowly, cautiously to come out of hibernation”.

“This country needs to be ready for what may be coming,” he said, in preparation for an “economic aftershock”.

“We must use this moment now… to plan our response and to fix the problems that were most brutally illuminated in that covid lightning flash.”

He said the government wanted to continue with its plans to “level up” as “too many parts” of the country had been “left behind, neglected, unloved”.

‘Not a communist’
Infrastructure projects in England will be “accelerated” and there would be investment in new academy schools, green buses and new broadband, said the PM.

He said his response would not be a return to the austerity that followed the financial crisis.

Johnson attempted to calm Tory fears that he had shifted to the left, saying: “I am not a communist”.

Instead, he claimed he had been inspired by US president Franklin D Roosevelt, who led America out of the Great Depression with his New Deal in the 1930s.

In the aftermath of the Wall Street Crash of 1929, President Roosevelt launched one of the largest, most expensive US government programmes which included building schools, hospitals and dams.