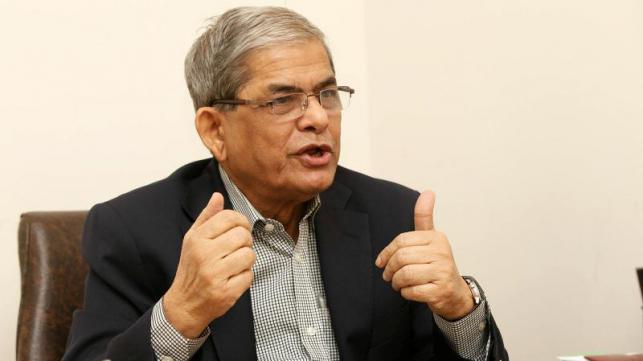 BNP on Wednesday demanded the Election Commission postpone its move to formulate a new law over political party registration until the Covid-19 pandemic is over.

BNP came up with the demand in a letter sent to the EC informing it about the party’s stance over the draft of the Political Party Registration Act, 2020.
A BNP delegation, led by its joint secretary Syed Moazzem Hossain Alal, handed over the letter to Senior Secretary of the EC Secretariat Md Alamgir in the afternoon.

“We’re strongly demanding that the activities to formulate the related new law be postponed. It (EC) should not finalise any proposal over it until this critical time is over and a favourable environment is created to elicit opinions from stakeholders… ,” BNP said in its letter, signed by party secretary general Mirza Fakhrul Islam Alamgir.

BNP said although it seems a good initiative apparently, the timing is unacceptable.

In mid-June last, the EC published the draft law on its website (www.ecs.gov.bd) and also sent its copy to the political parties seeking their opinions over the proposed law by July 7.

2020-07-01
Mr. Admin
Previous: Honey Benefits: What Happens to Your Body When You Consume Honey
Next: Coronavirus: Fauci warns of 100,000 US cases per day